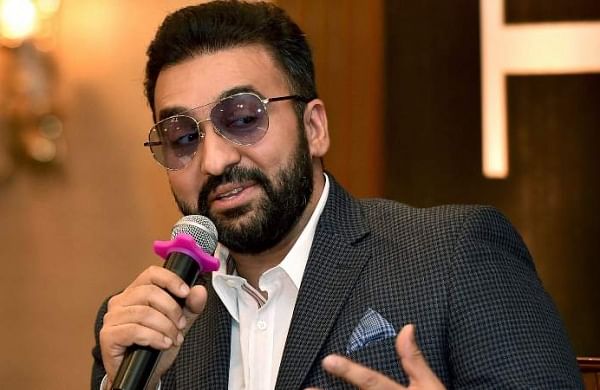 MUMBAI: The metropolitan magistrate court on Wednesday rejected the bail plea of actor Shilpa Shetty’s husband and businessman Raj Kundra and his associate Ryan Thorpe in the pornography case, stating that release of the accused will ‘hamper the investigation’ and the alleged offence is ‘detrimental to the health of the society’.

The court in its order has said, “One of the considerations for refusing or granting the bail is the nature of offence and gravity of the offence. The effect of the alleged offence is having nexus with the public at large. The alleged offence is also detrimental to the health of our society.”

Court also considered the prosecution’s argument that the accused have deleted the evidence.

Strongly objecting to the bail plea of the accused, the court stated that the investigation is still going on and the offence is of serious nature, adding that if the accused are released on bail, then they will abscond and the possibility of tampering with the evidence cannot be ruled out.

On August 2, the Bombay High Court reserved its order on petitions filed by businessman Raj Kundra and his associate Ryan Thorpe challenging their arrest in a case in connection with the pornography racket case.

During the proceedings of the court, the investigating officer told the court that 68 pornography videos were found on Kundra’s laptop.

“There was a PowerPoint presentation (PPT) on Kundra’s laptop with details of Hotshots app. The PPT has financial projections, marketing strategies and what the app is all about,” police told the court.

Police added that a film script with sexual content was also found on Kundra’s personal laptop.

“Kundra has deleted his i-cloud contents,” police said adding they “cannot be mute spectators of a potential crime if the accused does not co-operate and tries to destroy evidence.”

On July 27, a court in Mumbai sent actor Shilpa Shetty’s husband and businessman Raj Kundra along with his associate Ryan Thorpe to judicial custody for 14 days.

Kundra was arrested by police on July 19 along with 11 other people on charges related to the alleged creation of pornographic films.

Meanwhile, Crime Branch has appointed a financial auditor to probe the money trail of Raj Kundra and Shilpa Shetty and their alleged involvement in the pornography racket case.

“In the investigation, the Crime Branch has found transactions worth crores were done from the joint account of Shilpa Shetty and Raj Kundra. The Crime Branch suspects that the earnings from ‘Hotshots’ and ‘Bolly Fame’ app used to come into this account,” said the sources.

They added that police is also probing whether money earned from the apps was being invested in bitcoins.

Earlier on July 25, police had informed that four employees of Kundra have turned witnesses against him in the pornography racket case, increasing troubles for him.

Kundra has been named as the key conspirator by the Mumbai Police which has slapped charges against him under Sections 420 (cheating), 34 (common intention), 292 and 293 (related to obscene and indecent advertisements and displays) of the Indian Penal Code (IPC) besides relevant sections of the IT Act and the Indecent Representation of Women (Prohibition) Act.