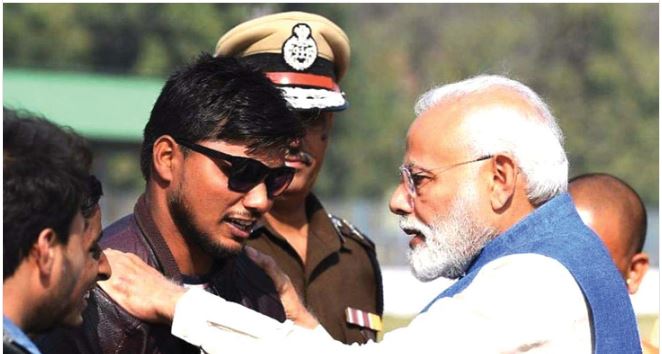 ‘Ever since it has been learned that the school has decided to close the class from 9th to 12th, there has been a deep darkness inside the mind. It is dark before birth. Now darkness has encamped on the mind and the mind too. I am in 11th this year, I am not a father. I am and my mother is. Now I do not know where I will go, how I will study and whether I will be able to study further or not!

The words wrapped in confusion, sadness and fear of the future belong to Ravi Rai. Ravi hails from Azamgarh in Uttar Pradesh. Cannot see from birth and is everything to his mother after the father leaves. Ravi is a student of Shri Hanuman Prasad Poddar Vidyalaya run for the visually impaired students in Varanasi, the Lok Sabha constituency of Prime Minister Narendra Modi. The Trust, which runs this school, has decided to discontinue classes of 9th, 10th, 11th and 12th citing financial constraints.

Students and their families are being informed about this decision by writing a letter. The letter sent to the students reads, ‘It is being conveyed to all of you that in the meeting of the Executive Committee of the school, it has been decided that in view of the financial constraints, some of the classes of the school were completely stopped. Go.

This is the reason why 48 visually impaired students like Ravi Rai are finding themselves surrounded in all-round darkness. According to Krishna Kumar Jalan, the current president of Sri Hanuman Prasad Poddar Smriti Seva Trust, which runs the school, it has to do so due to the economic downturn caused by Corona.

He says, ‘Most of the people who run the trust are businessmen. The corona and lockdown have all led to a sit-down business. Donation is decreasing over the years. Even after the annual grant from the government, the trust has to invest about 40 lakh rupees every year. In today’s situation, it has become difficult to carry this weight. This decision has been taken to save the entire school.

Trust and history of this school

This school is just two km from Banaras Hindu University. The name of the place is Durgakund. The school was recognized for Junior High School in 1984. At the same time in 1993, this school got permission to study till 12th standard. Since then, the school has been studying in Braille (before LKG) to 12th standard.