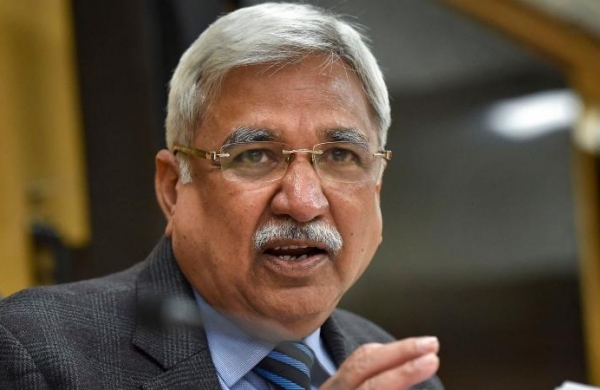 By Express News Service
NEW DELHI: The poll panel on Wednesday held a meeting to finalise the schedule for the upcoming polls to five states West Bengal, Assam, Tamil Nadu, Kerala and one Puducherry.

Moreover, deputy election commissioner Sudip Jain, who is also the in-charge of West Bengal, will submit his report to the Election Commission.

The announcement of polling dates is likely during first week of March, said an official. Jain will be in Kolkata on Friday to take note of the preparedness and updates.

During his visit, he will hold a series of meetings with district magistrates and SPs/ The sources said, the visiting Deputy Election Commissioner would also seek a detailed plan from each of the district administration about deployment of central forces.

After reviewing the plans provided, he would work out a set of guidelines for the election machinery in the state on deployment of central forces.

The sources said on his return, Jain  would submit a report to the EC. In Bengal, the elections are  likely to be held in six to eight phases while Assam is likely to vote in two to three phases.

Results of all the states will be declared on same day. About 6,400 polling booths are deemed sensitive in Bengal, the highest among the five states going to polls.

​The number of polling stations has also been increased there.