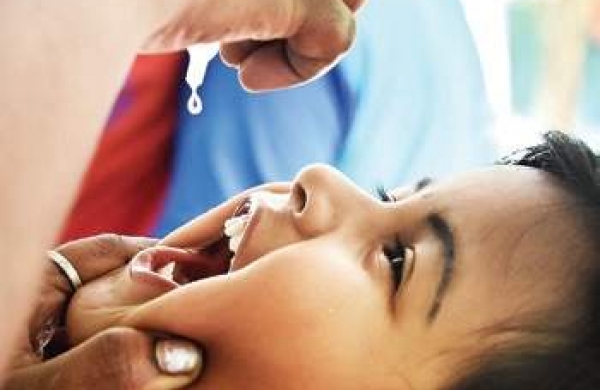 Express News Service
MUMBAI: Asha workers have blamed the doctor for asking them to administer a hand sanitizer instead of the polio vaccine to the children in a Maharashtra village.

Kopari Kapsi is the tribal village to which the children belonged. Four persons, including Dr Gavade, have been suspended in the incident.

ALSO READ | Three health workers suspended after Maharashtra polio fiasco​“We told the doctor that the colour of the vaccine was pink, not blue. But the doctor told us that the vaccine colour is now changed… We kept clarifying with him, but he was busy talking with someone on his mobile phone,” said an ASHA worker.

“We have been made a scapegoat. Our fault was that we listened to Dr Gavade. Had we refused to follow his instruction, he would have taken actions against us. Besides, the administration has given us only a day’s training instead of 15 days,” said the worker.

Maharashtra Health Minister Rajesh Tope has said those suspended would be terminated if the probe established  them to be involved in the horrendous lapse.

“The big fish are being protected while the small contract workers are suspended,” alleged a BJP leader.