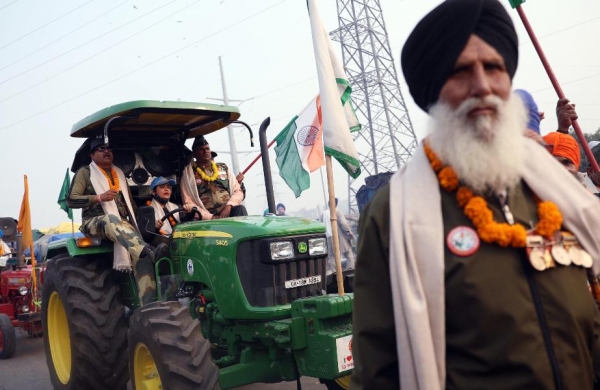 By ANI
NEW DELHI: Farmer union leaders on Wednesday met with top police officials from Delhi, Uttar Pradesh and Haryana said that they will take out their scheduled tractor rally on January 26, Republic Day.

At a meeting with top police brass at Vigyan Bhavan here, the farm leaders discussed the route and arrangements for their rally, they plan to take out on the Ring road. The rally is proposed as a mark of protest against the Centre’s agriculture laws.

One leader said that the farmers did not agree to the route allotted to them and there will be another meeting with senior police officers again tomorrow.

“Police want us to shift the rally to the Kundli-Manesar-Palwal Expressway. And we were told to rethink. Another meeting can happen tomorrow”, said farmer leader Onkar Singh Agoul.

This is the third meeting between the police and leaders of farmer unions since Monday.

Meanwhile today the Supreme Court asked the government to withdraw its plea to pass an injunction on farmers from holding a rally on Republic Day.

The Chief Justice of India said: “We’ve said that it is for the Police to decide. We are not going to pass the orders. You are the authority to take action.”