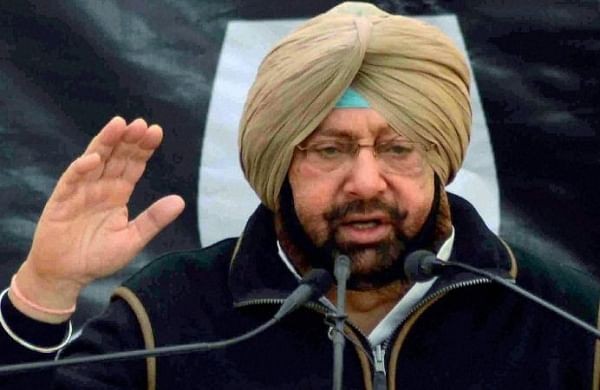 Amarinder said the Channi government had utterly failed in ensuring law and order in the state.

Modi on Wednesday returned without addressing a rally in the poll-bound state after his convoy got stuck in a road blockade near Hussainiwala.

“If we have to keep our state safe and keep law and order here, then I think President’s rule should be imposed,” the Punjab Lok Congress chief told media after addressing a rally here, where Modi too was scheduled to speak.

Amarinder, who left Congress to form his own party last year November, has allied with BJP to contest the upcoming polls.

“We are 10 km away from the border in Pakistan, where the function was kept (in Ferozepur). If you cannot ensure PM’s security, what can you do? We need a strong government,” he said. He attributed ‘complete failure’ of security to the CM and the home minister of the state and said they have no right to stay in office.

Modi’s convoy was stranded on a flyover when it was 30 kms away from National Martyrs Memorial in Hussainiwala, which he was going to visit. He had earlier landed in Bathinda and was going by road to Hussainiwala, when his convoy found that the road ahead was blocked by agitating farmers.

In its statement issued after the incident, the MHA also asked the Punjab government to fix responsibility for the lapse and take strict action. Union Health Minister Mansukh Mandaviya at the event in Ferozepur told the public that the PM’s programme was postponed and not cancelled.

Modi was visiting Punjab after a gap of two years and the first time since the repealing of the three farm laws, the cause of a year-long farmer-stir at Delhi borders.

Amarinder in his address attacked both Congress and AAP leader Arvind Kejriwal for promising “freebies” and asked them to reveal the source of money with which they are seeking to fund these ventures. He also spoke about several schemes he started in his four-and-half-year tenure before he was deposed.

Current Punjab CM Charanjit Singh Channi succeeded Amarinder Singh after a rift in the state Congress that led to the latter’s unceremonious exit.

Amarinder said he fulfilled 92 per cent of poll promises he made during the 2017 state assembly elections. “Navjot Sidhu and other Congress leaders hold press conferences and say they will put out achievements of their five-year rule, but on the other hand, they mislead people saying I did nothing. Congress will go to people with a five-year report card,” says Sidhu.

“If I have done nothing, with what report card will he go before people? People understand their lies and know about the achievements of my government,” he said.

The veteran politician also said under his tenure 1.6 lakh people got government jobs, and 20 lakh others in the private sector. He said the Congress leaders in the state are confused about what to tell people, adding they should stick to one version.