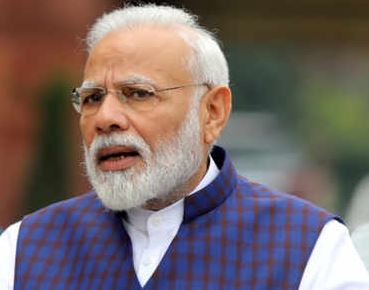 Prime Minister Narendra Modi on Wednesday ticked off some of the state governments for not coming on board for his government’s prominent schemes and projects and suggested that the Centre will not drop the plans even if they did not cooperate.

Prominent among them were the bullet train project, where the Maharashtra government has failed to keep its part of the bargain. During the Pragati meeting with Union and state government officials, Modi asked the railways to complete the Ahmedabad-Mumbai bullet train project at least on the Gujarat portion in time, if the issues don’t get resolved for the stretch falling in Maharashtra, sources told TOI.

In the first interaction after a 10-month gap, the PM also expressed his unhappiness over the slow progress in the pre-construction activities in Maharashtra for the ambitious bullet train project.
So far, the National High-Speed Rail Corporation Ltd has bid out works for 325km out of the 349km of this corridor, which falls in Gujarat. The land acquisition in Gujarat is close to 85% for this project while less than 25% land has been acquired in Maharashtra.

On September 6, TOI had first reported “Despite delay, bullet trains could start running in Gujarat before 2024”.
Sources told TOI that the PM pulled up the West Bengal administration for the dismal progress of PM SVANidhi, a highly subsidised micro-financing scheme for street vendors hit by the nationwide lockdown. “PM told the state chief secretary it was up to the state whether it wanted to take this benefit to the poor. He dismissed the state’s view that they had announced Rs 2,000 ex-gratia for street vendors. He said the question is whether the state’s priority is to revive their livelihood or provide ex-gratia,” said an official. So far, only 60 street vendors in Bengal have availed the subsidised loan of Rs 10,000 each against the target of three lakh. Modi also asked the Assam government to ramp up this scheme.