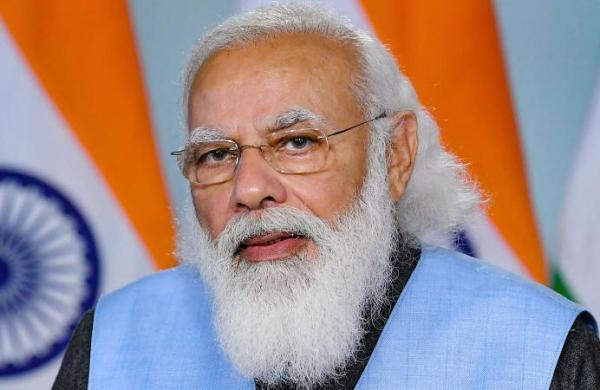 By PTI
NEW DELHI: Prime Minister Narendra Modi spoke to US President Joe Biden on Monday and discussed a host of issues, with the PM asserting that both of them are committed to a rules-based order and look forward to consolidating the bilateral strategic partnership as well as further peace and security in the Indo-Pacific region and beyond.

This was their first conversation after Biden assumed office last month.

In a tweet, Modi said that he conveyed his best wishes to the US president, and the two leaders discussed regional issues as well as shared priorities.

“We also agreed to further our cooperation against climate change,” he said.

“President Biden & I are committed to a rules-based order.We look forward to consolidating our strategic partnership to further peace & security in Indo-Pacific region and beyond,” Modi said in another tweet.

Prime Minister Modi had also spoken to Biden after his electoral triumph over Donald Trump in the US polls.

At that time, the two leaders had discussed the COVID-19 pandemic, climate change and cooperation in the Indo-Pacific region, while reiterating their firm commitment to the strategic bilateral partnership.

Last month, Biden was sworn in as the 46th President of the United States and Kamala Harris took oath as first woman vice president in a historic but scaled down ceremony.

Tweeting soon after Biden’s inauguration, Modi had extended best wishes for a successful term and said the two countries stand united and resilient in addressing common challenges and advancing global peace and security.

Noting that the India-US partnership is based on shared values, Modi had said the two countries have a substantial and multi-faceted bilateral agenda, growing economic engagement and vibrant people to people linkages.

Biden is known to be a strong proponent of closer India-US ties since his days as a senator in the 1970s and played a key role in getting the approval of the Senate for the bilateral civil nuclear deal in 2008.

The strategic and defence ties between India and the US witnessed major expansion during Barack Obama’s presidency and Biden, as the vice president, had played a key role in it.