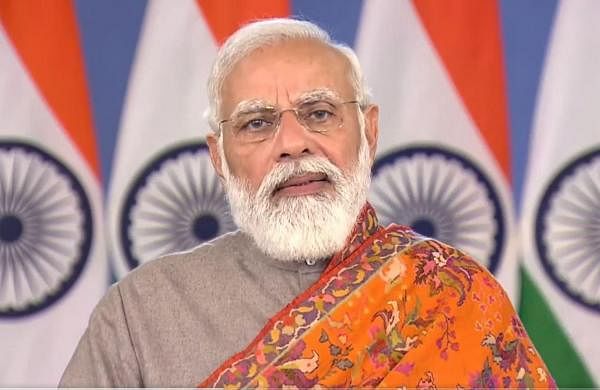 NEW DELHI: In the face of daunting electoral tests in five states, Prime Minister Narendra Modi on Friday announced the decision to take the Parliamentary nod to repeal three contentious farm laws in the upcoming Winter session of Parliament.

PM Modi exhorted the agitating farmers to call off their protests and return to their homes, while apologizing for not being able to convince some of the farmers about the good intentions of the government.

Addressing the nation. https://t.co/daWYidw609
— Narendra Modi (@narendramodi) November 19, 2021
Timing the announcement with Gurupurab, the birth anniversary of Guru Nanak, Prime Minister’s announcement was seen in the offing to allow the former Punjab chief minister Captain Amarinder Singh to kick off his campaign in the state for the upcoming Assembly elections in alliance with the BJP.

Sticking to the pro-small farmers narrative of the government, Modi sought to project the flexibility for not being able to take “some of the farmers onboard” by arguing that the three contentious farm laws had received overwhelming welcome by a large number of stakeholders.

Yet, he said that the government has taken the decision to get the nod of the Parliament to repeal the three laws, which, incidentally, had led to the NDA’s oldest ally Shiromani Akali Dal (SAD) snapping alliance with the BJP.

By projecting a package, repeal of the three laws and constitution of a committee to scientifically look into the issue of the minimum support prices (MSPs), Modi has seemingly given the BJP an elbow room to work on the Jat Sikh-Hindu constituency alliance with Captain Amarinder Singh in Punjab, besides buyingpeace with the angry Jats in western Uttar Pradesh and Haryana.

With the prospects of the Jat vote base shifting allegiance with the BJP in the western UP, the saffron outfit is being seen within the party struggling on at least 70 Assembly seats in the Hindi heartland which has a total of 403 seats.  At the same time, the BJP-JJP government in Haryana was also facing the heat of the agitating farmers.

However, Prime Minister’s retreat after a strong posturing on farm reform is not a first as the NDA government had also previously withdrawn the contentious land amendment bill ordinance before the crucial Assembly elections.

Farmers celebrate in New Delhi after PM #NarendraModi announced that the Centre has decided to repeal all three #FarmLaws.Express video | @parveennegi1. pic.twitter.com/aoeoXEI22R
— The New Indian Express (@NewIndianXpress) November 19, 2021
The announcement came on a day when Prime Minister is set for launch of several projects in Uttar Pradesh.