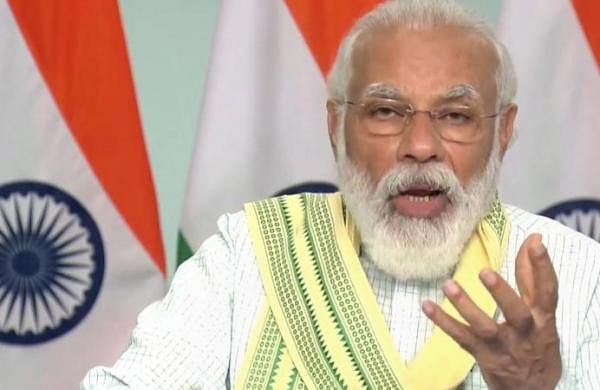 SRINAGAR: Prime Minister Narendra Modi is monitoring the situation following a stampede at the Mata Vaishno Devi in Katra, Jammu, and has conveyed his sympathies to the bereaved families, tweeted Jitendra Singh, Minister of State, Prime Minister’s Office.

“Prime Minister @narendramodi is personally monitoring and keeping track of the tragic situation arising out of stampede at Mata #VaishnoDevi shrine. Prime Minister has conveyed his sympathies to bereaved families and issued instructions to provide all possible medical aid and assistance to the injured,” Jitendra Singh tweeted.

Top officials have confirmed that 12 pilgrims have died and over a dozen others were injured during a stampede at Katra in Jammu. The incident took place at the Bhavan where there was a massive rush of pilgrims on the occasion of New year.

The yatra has been stopped for now. The injured have been moved to the hospital.

Vaishno Devi yatra draws thousands of pilgrims daily to Katra. The rush of pilgrims is particularly high during the Navratras.