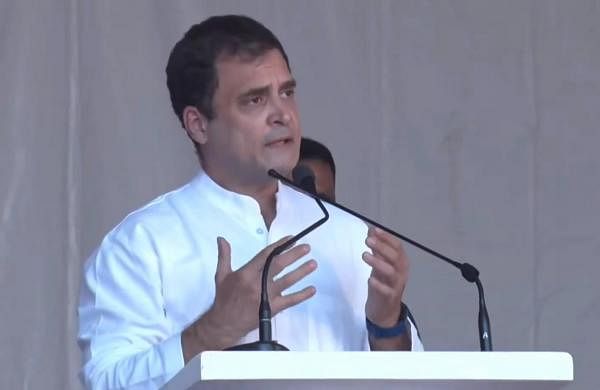 Criticising Modi over his statement that if Pandit Jawaharlal Nehru wanted, Goa could have been liberated “within hours” in 1947 when India attained independence, Gandhi said the prime minister does not understand the situation of those times and what was happening post-World War II.

Addressing a press conference in Margao, around 35 kms from here, Gandhi expressed confidence that the Congress will win majority of seats in the February 14 Goa assembly elections and there won’t be any need for post-poll alliances.

The prime minister should tell Goans what they have done for creating employment in the state and for tourism industry and environment. Modi, while addressing an election rally at Mapusa near here on Thursday, had slammed the Congress, saying its government took 15 years to liberate Goa from the Portuguese rule.

Targeting him over the remarks, Gandhi said, “Freedom fighters have commented on this issue. Academics have spoken about it. The sad fact is that the PM does not understand the history of those times. He does not understand what was going on post-World War II. He is coming to Goa to distract people from the real issues like environment and employment.”

ALSO READ| If Nehru wanted, Goa could have been freed ‘within hours’ in 1947: PM Narendra Modi

Gandhi also alleged that the BJP came to power in Goa and ruled it for the last five years by stealing the mandate given to the Congress by the people. “Congress will get full majority in Goa and there will be no question of any alliances. Congress will act immediately to ensure we have a government in Goa,” he said.

In the 2017 elections, the Congress had emerged as the single-largest party in Goa by winning 17 seats in the 40-member House, but could not come to power as the BJP, which bagged 13, acted swiftly and allied with some independents and regional parties to form the government under Manohar Parrikar, who died in 2019.

This time, the Congress is contesting the election in alliance with the Goa Forward Party (GFP). While the Congress has fielded 37 candidates, the GFP has given tickets to three. Gandhi, who is on a day-long visit to the coastal state, said if his party comes to power, it will start sustainable mining in the state.

“We have studied the subject. There is no problem in restarting the mining in a legal way. We are going to allow legal and sustainable mining which will give a large number of jobs. Your spirit and tourism is a huge asset. I have spoken to different stakeholders in the tourism industry, we have a plan to completely rejuvenate the tourism industry,” he said.

The iron ore mining industry, which used to be one of the major sources of revenue for Goa, had come to a grinding halt in the state in March 2018 after the Supreme Court quashed 88 mining leases. Gandhi said the Congress proposes to invest money and energy for turning Goa into an IT and knowledge hub, so that many young Goans can get jobs in the IT industry.

The Congress leader assured that three linear projects in Goa – a national highway expansion project, Tamnar power transmission project and the South West Railways’ double-tracking that cut through the biodiversity hotspot of Mollem – would be scrapped, if his party comes to power.

“The issue of environment is crucial for Goa. You would say that these three linear projects are in the ambit of central government, but after assuming power, the Congress will resist the idea of these projects. We will not let them happen,” he said.

There is also the issue of unemployment in Goa, Gandhi said. He refused to comment on the raging controversy over ‘hijab’ and said he would not get into any kind of conversation that will distract the people of Goa. “My mission is to focus what is important for the people of Goa,” he said.