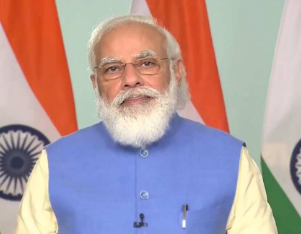 Prime Minister Narendra Modi will address a virtual rally in West Bengal on 22 October, which will be the sixth day (Shasthi) of the Durga Puja festival that marks the beginning of the celebrations.

The state unit of the BJP has requested the PM to address the people of Bengal to “counter” Chief Minister Mamata Banerjee’s “lies” about the central government and the party, said senior BJP leaders.

Before the PM’s rally, Home Minister Amit Shah is likely to visit Siliguri in North Bengal on 17 October to hold a workers’ meeting for the North Bengal zone.

State BJP president Dilip Ghosh said the campaign for 2021 assembly elections will kick off with PM Modi’s address, which will be followed by a mass rally by him after Durga Puja.

This indicates the BJP will fight the assembly elections with Modi as its face. The party is yet to zero in on a chief ministerial candidate.

Senior party leaders also reiterated the Bengal election would be fought in the name of Modi and not any local face.

They also said Shah will be leading the charge of BJP’s battle for Bengal. He is also likely to come to Kolkata after the puja and hold a series of meetings with the state units, Ghosh said.