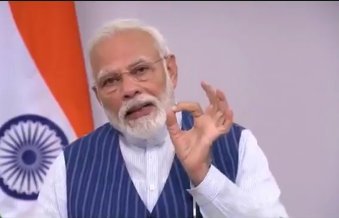 Prime Minister Narendra Modi’s address to the UN General Assembly on September 26 is expected to focus on India’s priorities as a member of the Security Council during 2021-22 and the promotion of global action against terrorism, people familiar with developments said on Friday.

Modi’s address will be in the form of a video statement broadcast at the General Assembly hall in New York since most events are being held virtually against the backdrop of the Covid-19 pandemic. He is listed as the first speaker for the general debate in the forenoon of Saturday.

Among India’s priorities during the 75th session of General Assembly are promoting the strengthening of global action to counter terrorism, and this is expected to be reflected in the prime minister’s speech, the people cited above said on condition of anonymity.

“India will push for more transparency in the process of listing and delisting of entities and individuals by the UN sanction committees,” said one of the people.

The prime minister is also expected to focus on the issues India will focus on during its stint as a non-permanent member of the Security Council for two years beginning January 1, 2021. This includes the “5-S approach” of samman (respect), samvad (dialogue), sahyog (cooperation), shanti (peace) and samriddhi (prosperity), the people said.