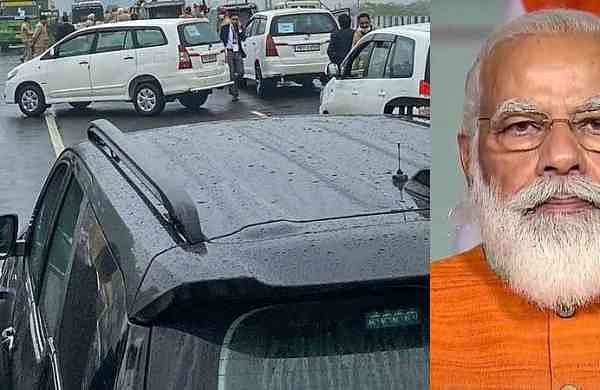 “Today I once again received a threatening call on the same pattern as it was earlier received but this time the caller also took the name of Retired SC judge Justice Indu Malhotra,” Supreme Court lawyer Vishnu Jain told IANS.

Advocate Vishnu said that he has informed the officials of the Special Cell of the Delhi Police about this latest development.

Earlier on January 12, based on Advocate Vishnu’s complaint, the Delhi Police had registered an FIR with regard to the threatening calls that were received by the lawyers of the Supreme Court.

The FIR was registered by the Special Cell of the Delhi Police under sections 153, 153-A, 506 of the Indian Penal Code read with sections 13, 16, 18, and 20 of the Unlawful Activities Prevention Act (UAPA). On January 10, the Supreme Court Advocates-on-Record (SCAORA) Association had written to the secretary-general of the Supreme Court seeking action against the anonymous callers, who took responsibility for Prime Minister Narendra Modi’s security breach in Punjab.

The caller warned the top court judges to refrain from hearing the PIL seeking a probe into the security breach on the ground that the Supreme Court has not been able to punish the culprits of the 1984 anti-Sikh riots.

The plea had sought an independent probe into the PM’s security breach in Punjab. It sought a direction to the District Judge Bathinda to collect, preserve and present all material pertaining to the movement and deployment of the Punjab Police in connection with the visit of the Prime Minister, and fix the responsibility of the DGP and the Chief Secretary of Punjab.

A bench headed by Chief Justice N V Ramana also appointed the Inspector General of the National Investigation Agency, Director General of Police of Chandigarh, the Registrar General of the Punjab and Haryana High Court and the Additional DGP (Security) of Punjab as members to the Justice Malhotra panel.

The top court directed the Registrar General of the Punjab and Haryana High Court to provide all the seized documents pertaining to the security arrangements made by the Punjab government for the PM’s January 5 visit immediately to the panel head.

The bench also comprising justices Surya Kant and Hima Kohli said that it was expected that the panel would file its report shortly.

On January 5, the prime minister’s convoy was stranded on a flyover due to a blockade by protesters in Ferozepur after which he returned from Punjab without attending any event, including a rally.

(With Inputs From PTI)