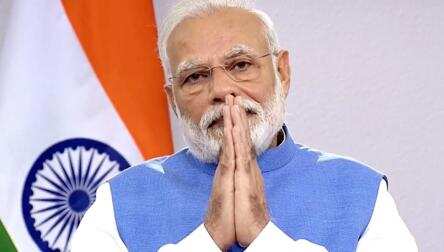 New Delhi: The country celebrates National Sports Day on 29 August every year. The day is celebrated as the birthday of hockey wizard Major Dhyanchand. On this occasion, Prime Minister Narendra Modi paid tribute to Major Dhyanchand and also appreciated the families and coaches for the talented athletes.

PM Modi wrote on his Twitter, “Government of India is making many efforts to popularize sports and support sports talent in India. I urge everyone to make sports and fitness a part of their daily routine. Doing so Has many benefits. Everyone can be happy and healthy! “

The PM added, “Today, on National Sports Day, we pay tribute to Major Dhyanchand, whose magic of hockey sticks can never be forgotten. For the outstanding support given by families, coaches and support staff for the success of our talented athletes today It is also a day to be appreciated. National Sports Day is a day to celebrate the achievements of all those players who have represented India in various sports and made our nation proud. “

Why is National Sports Day celebrated
Major Dhyanchand is called the wizard of hockey. He was born on 29 August 1905 in a Rajput family in Allahabad district of Uttar Pradesh. He is remembered as the greatest hockey player. The reason behind calling him a hockey wizard is his performance on the field. He won three Olympic gold medals in the years 1928, 1932 and 1936.

The story of this player’s success does not end here. Dhyanchand scored more than 400 goals in his career. The Government of India honored Dhyanchand with the Padma Bhushan, the country’s third highest civilian honor in 1956. Hence his birthday i.e. 29 August is celebrated as National Sports Day in India.