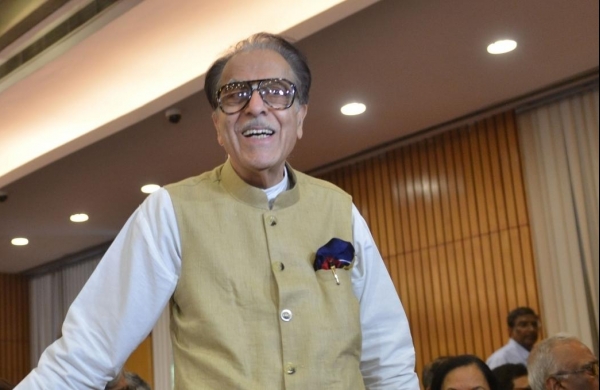 By PTI
SRINAGAR: Senior Congress leader Saifuddin Soz on Tuesday termed as “misleading” the claim made allegedly by Prime Minister Narendra Modi that Jammu and Kashmir’s special status was revoked for the benefit of the people there.

“It is really unfortunate that PM Modi has made a deceptive statement at Kolkata the other day that the abrogation of Article 370 was done by the central government in favour of the people of J&K,” Soz said in a statement here.

“How can PM Modi take the people of J&K for granted who are actually deeply distressed on the illegal abrogation of Article 370 of the Constitution,” he added.

The Congress leader said the “most evil aspect” of the abrogation of the special constitutional provisions was that the Union government enacted “this wrong act all by itself, although the people of Jammu and Kashmir happen to be the first party to the agreement”.

He said the world knows that the people of Jammu and Kashmir are “deeply angry” about the “one-sided unconstitutional measure”.

“The people of Kashmir have already indicated, in an ample measure, that they will struggle for restoration of the autonomy of the state as enshrined in the Article 370 of the Constitution of India,” Soz said.

Without naming anyone, the Congress leader said there are some politicians in Jammu and Kashmir who are trying to mislead the people of Kashmir by stressing on the restoration of the statehood “which essentially is not the same thing as restoration of the autonomy to the J&K state”.

“On the restoration of statehood, the Modi government is committed through its statement to this effect, on the floor of Parliament,” he added.