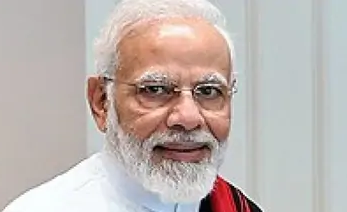 The events will also give an opportunity for the PM to interact with the people of the state through video conferencing.
“He will also interact with people of Bihar in multiple events in the coming 10 days. The total cost of these projects exceed Rs 16,000 crore, thus leveraging public expenditure to act as a major driver of growth in times of Covid-19,” said an official.
Coming Sunday, the PM will dedicate three key projects related to petroleum sector in Bihar. The projects include the Durgapur-Banka section of the Paradip-Haldia-Durgapur pipeline augmentation project and two LPG bottling plants.
The 193-km long Durgapur-Banka pipeline section is a part of the Paradip-Haldia-Durgapur Pipeline Augmentation Project, for which the foundation stone was laid by the Prime Minister on February 17 last year.

Giving more strength to NDA’s key poll planks of “good governance” and development in remote corners, Prime Minister Narendra Modi will announce several development projects worth over Rs 16000 crore in the next 10 days in poll bound Bihar few days before assembly poll dates are announced.
Sources said multiple projects, to be launched and inaugurated by the PM, will improve infrastructure and “ease of living” for the people of Bihar.
Times View