PM Modi to pay multiple visits to UP before poll notification 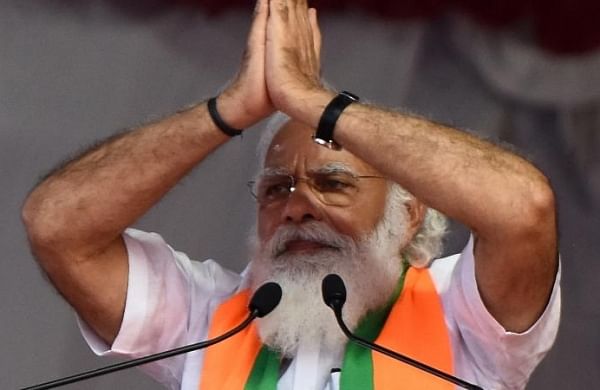 LUCKNOW: With battle lines drawn for 2022 assembly elections due early next year in Uttar Pradesh, Prime Minister Narendra Modi is set to pay multiple visits to launch a number of big-ticket infrastructure projects in December.

In December, PM Modi is likely to visit the state several times before the notification of the 2022 Assembly polls.

The PM is likely to visit Prayagraj to inaugurate development projects worth crores on December 5. He will embark upon a two-day visit to Varanasi, his parliamentary constituency, to unveil his dream project — Kashi Vishwanath Corridor — on December 13 and 14. Before that, he is expected to visit Gorakhpur to inaugurate AIIMS, nine hi-tech ICMR laboratories at BRD Medical College as well as a fertilizer plant on December 7.

Even more, the schedule for the inauguration of Bundelkhand Expressway, Gorakhpur Link Expressway and to lay the foundation of the Ganga Expressway, is likely to be finalized soon, said the sources.

“Yes, a number of major projects are getting ready for inauguration by the Prime Minister. Many projects getting completed now,” said an official spokesman.

On December 13, the Prime Minister is likely to inaugurate his dream project Shrikashi Vishwanath Dham following which every house in Varanasi will receive prasad from the temple and a book on the project. Also, a programme, ‘Bhavya Kashi Divya Kashi’, will be organised on both days of his visit.

During the 2017 election when the PM had stayed in Varanasi for three days, this time, too, he is likely to take part in more than a dozen events during his visit.

Besides, attending a dialogue with all the CMs of BJP-ruled states, as well as with over 200 mayors, the PM would be addressing a public rally in his parliamentary constituency. He may also visit Sewapuri, the country’s first model block. Along with this, PM Modi is expected to interact with farmers on “zero budget” farming and inspect a newly constructed biogas plant in Shahanshahpur.

Significantly, since September 15, when PM Modi had visited Aligarh to unveil the statue of Jat King Maharaj Mahendra Singh, he has paid at least eight visits with three in October and four in November to different regions of UP.