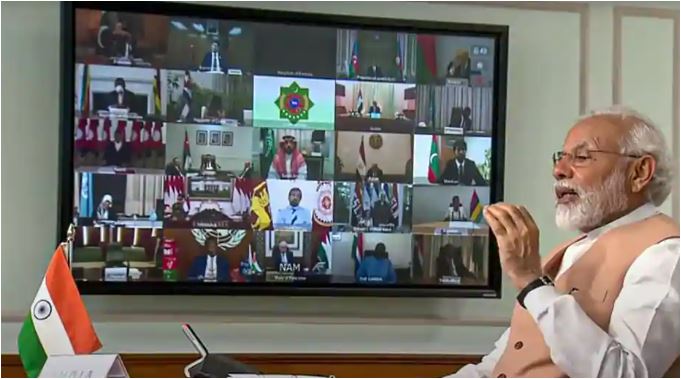 Prime Minister Narendra Modi will hold a video conference with all chief ministers at 3.00 pm on May 11.

This will be the fifth interaction between PM Modi and the chief ministers since the novel coronavirus outbreak began in India.

India has been under a nationwide lockdown since March 25 to help contain the spread of COVID-19. The lockdown stands extended till May 17.

Reports suggest that all chief ministers will get a chance to speak during the video conference. Chief Ministers had been taking turns to speak during the earlier meetings, with few others expressing their views in writing. During their last such interaction on April 27 also, a “graded” exit from the lockdown was evaluated.

The video conference on May 11 is likely to be divided into two sessions.

It is widely expected that a lockdown exit strategy will be discussed during their interaction. Reports also suggest that, apart from the exit strategy, they will discuss the nationwide lockdown’s impact on the economy.

The Centre is yet to spell out its plans for what happens after May 17. However, it is expected to announce further easing of restrictions to restart economic activities, especially in areas where there has been minimum impact of the pandemic.

Like previous meetings, the Prime Minister’s Office (PMO) is expected to put out details of what was discussed during the meeting, after the conference concludes.