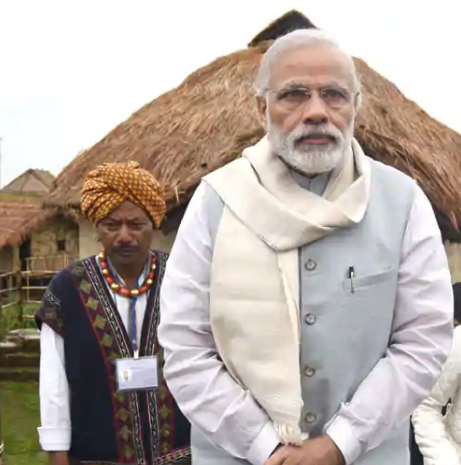 Prime Minister Narendra Modi will, on Sunday, hand over physical copies of property titles of their homes and the surrounding areas they own (as opposed to the cultivated land) to around 132,000 land owners across 763 villages in a significant land ownership reform that could improve the finances of rural property-owners and also end property disputes that have gone on for years, sometimes decades.

The title deeds can be leveraged by their holders as financial assets for loans and will also help keep a record of properties in the rural areas; no such records exist currently. The title deeds will be handed over under the “Svamitva” project launched by PM on April 24 and will map all urban or abadi (populated) areas of 6.40 lakh villages by 2024.

House owners from 763 villages including 221 from Haryana, two from Karnataka, 100 from Maharashtra, 44 from Madhya Pradesh, 346 from Uttar Pradesh and 50 from Uttarakhand will receive physical copies of title deeds as well as digital property cards, people familiar with the matter said.

The objective of this scheme is to provide an integrated asset verification solution for rural India, they added on condition of anonymity. The land of the residents in rural abadi areas will be demarcated using the latest survey methods using drones and with the help of the Ministry of Panchayati Raj, State Revenue Departments and the Survey of India. This will not only enable village household owners to use their homes as a collateral for loans but also cut down on costly rural litigation.

Since the very beginning, the villages of India have been the backbone of its economy, because “Malgujari” or land revenue was the main source of the state income, these people said. When the British took over the reins of governance here, they inherited a land record system established over centuries.