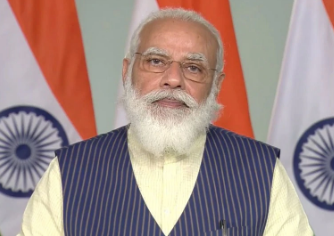 In a veiled attack at Congress and other Opposition parties, Prime Minister Narendra Modi on Wednesday said that those who used to ask us about the date of Ram temple construction are now compelled to applaud.

Addressing a poll rally here, the Prime Minister said that the people of Bihar have taken a resolve to again defeat those who brought ‘jungle raj’ to the state, those who looted Bihar.

“After years of wait, the construction of Ram temple has started. Those political people who used to ask us for a date (for temple construction) are now compelled to applaud… It is the identity of BJP and NDA. We do what we promise,” he said.

“In a country of 130 crore people, we were able to make arrangement in coronavirus situation for 8 months so that no one sleeps hungry,” he said.

The Prime Minister said that more than 11 lakh houses are being connected with piped water supply in Darbhanga and Madhubani.