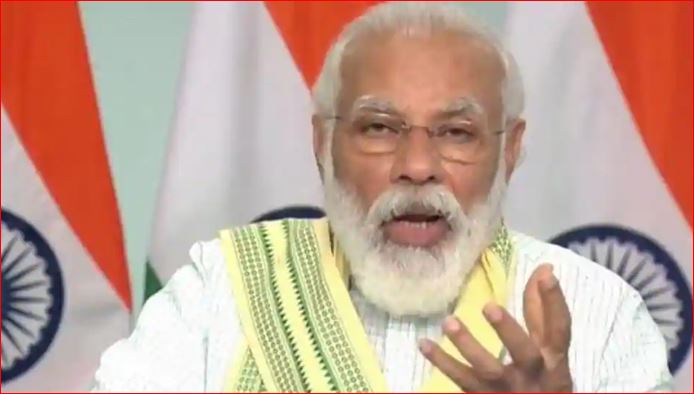 Prime Minister Narendra Modi on Monday took stock of the financial sector which has been hit hard by the outbreak of Covid-19 pandemic.

He also reviewed the progress of a host of measures announced under the Rs 20-lakh crore Aatmanirbhar Bharat Abhiyan package to stimulate the economy and help the MSME sector and poor sections of society.

According to sources, the Prime Minister has been taking review meetings on various aspects of the economy.

As part of this exercise, sources said, he had a meeting on the financial sector of the economy which is an important pillar in reviving growth and demand.

All the secretaries, including the Finance Secretary, were part of the meeting and more such meetings will take place during the week, sources said.

Banks and other financial institutions are implementing the bulk of the measures announced under the Rs 20-lakh crore package.

To deal with the Covid-19 crisis, the government announced one of the world’s biggest stimulus packages with a focus on the survival of the business and setting a roadmap for the revival of the economy.

The second tranche included free foodgrain to stranded migrant workers for two months and credit to farmers, totalling Rs 3.10 lakh crore. Spending on agri infrastructure and other measures for agriculture and allied sectors in the third tranche totalled to Rs 1.5 lakh crore.