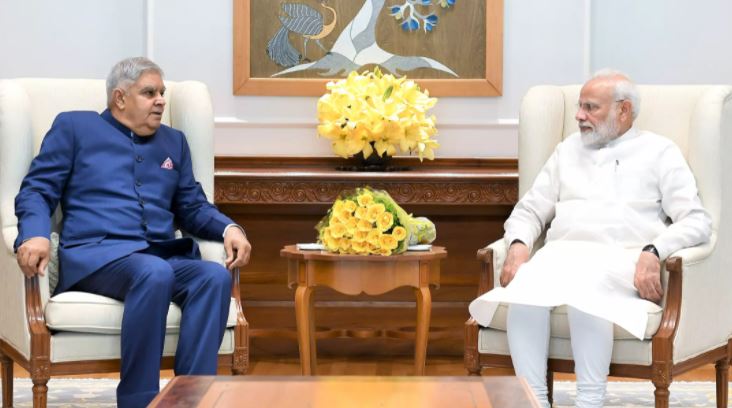 West Bengal Governor Jagdeep Dhankhar on Tuesday said that Prime Minister Narendra Modi called him and expressed his “serious anguish and concern” at the alarmingly worrisome law and order situation in the state following the culmination of the assembly elections.

Earlier in the day, the West Bengal Governor directed the police and the Kolkata Commissioner to end “senseless political violence, vandalism, arson, killings and intimidation that shames democracy”.

They had further alleged that TMC party goons deliberately vandalised the idols of Hindu deities and freedom fighters.

“Mamata Banerjee’s defeat in Nandigram had made the TMC cadres very resentful of those responsible for her loss and that such ‘traitors’ would not be allowed to live in Bengal for long,” ABVP said.