PM Modi showers projects on Bihar ahead of assembly elections 2020 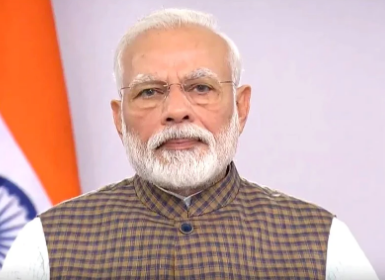 On a day when a two-member Election Commission delegation is touring Bihar, Prime Minister Narendra Modi inaugurated and laid the foundation stone for seven projects related to urban infrastructure worth Rs 541 crore on Tuesday via video conferencing.
In the last one week, the PM has dedicated to the nation several projects related to the petroleum sector and launched a number of initiatives in the fisheries sector.

Bihar goes to polls in October and November. A delegation of the EC is touring the state to oversee preparations for the polls which would be held under the prevailing extraordinary circumstances due to the COVID-19 pandemic. The commission is likely to announce election schedule in a few days after which the model code of conduct would come into force.
The Bihar assembly elections would be unprecedented as they would be the first state polls when a protocol comprising several measures such as wearing of mask, maintaining social distance and frequent washing of hands would be strictly adhered to.