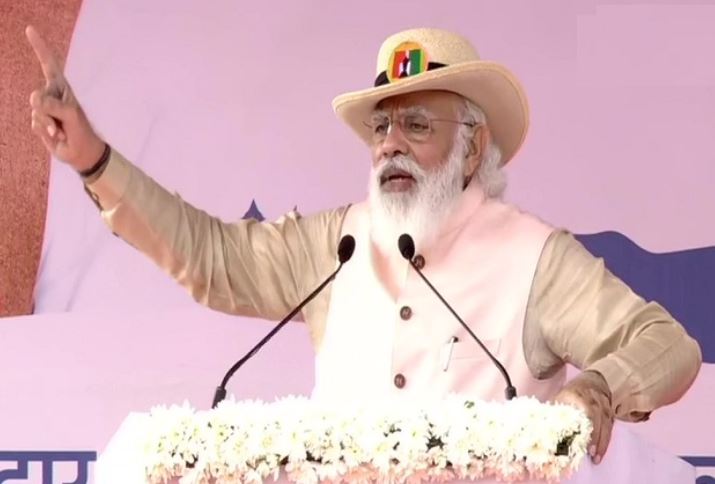 Prime Minister Narendra Modi on Saturday paid tributes to Sardar Vallabh Bhai Patel on his birth anniversary at the Statue of Unity, in Kevadia, Gujarat. During this, PM Modi took the salute of ‘National Unity Day’ parade on the birth anniversary of Sardar Vallabhbhai Patel. At the same time, in his address, the Prime Minister fiercely targeted the opposition parties raising questions about the Pulwama Terrorist Attack.

PM Modi said, “While I was watching the parade of paramilitary forces here today, there was another picture in my mind. This picture was of the Pulwama attack. The country can never forget that when the whole country was sad because of the leaving of their brave sons, some people were not involved in that misery, they were watching their political selfishness in the Pulwama attack. “