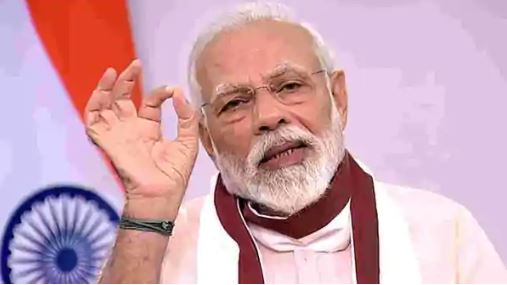 Prime Minister Narendra Modi has signed out of his Chinese Twitter like social media Weibo account with his photo, posts and comments removed from the handle set up five years ago before his first visit to China as prime minister.

A person familiar with the matter said that the prime minister had made known his decision to exit China’s largest microblogging site on Monday when India announced its decision to ban 59 Chinese mobile phone apps including the immensely popular TikTok citing security concerns.

The twin developments came against the backdrop of rising tensions between India and China with a massive military build-up along their borders. While tensions had been simmering since early May, they escalated dramatically after a clash on 15 June between Indian and Chinese troops that left 20 Indian army personnel including an army colonel dead. The casualties between the two sides came after a gap of 45 years.

With tensions simmering, New Delhi has been mulling punitive steps that would impact Chinese economic interests. With many countries across the world looking at moving their supply chains out of China in the aftermath of the coronavirus pandemic, Beijing would not like to see its trade with India, worth an estimated $90 billion mostly in China’s favour, affected, say analysts.

Besides TikTok, which had more than 200 million users in India on Monday, the other apps banned by the IT ministry included the popular scanning app CamScanner and Mi Video by smartphone maker Xiaomi.

According to the person cited above, Modi had 115 posts on Weibo, which had to be manually deleted because of a complex procedure for deleting VIP accounts. “For reasons best known to the Chinese, there was a great delay in granting this basic permission,” to delete the account, the person cited above said. Two posts could not be deleted since they featured the prime minister with Chinese President Xi Jinping. The Chinese app does not usually delete photos of the Chinese president easily, the person said.

Modi had more than 2,44,000 followers on Weibo. : “Hello China! Looking forward to interacting with Chinese friends through Weibo,” was his first post on the Chinese microblogging site, according to a statement posted on the prime minister’s website www.narendramodi.in on 4 May 2015. The statement had as its title “PM Narendra Modi now on Weibo!”

“In a move that will enhance communication with sisters and brothers of China, Prime Minister of India Shri Narendra Modi made a debut on the Chinese social media platform, Weibo. This is first of a kind attempt by any leader across India,” the statement which was also available in Chinese had gone on to add. The social media platform also carried pictures of Modi showing the Chinese president around historical landmarks at Mamallapuram in October of last year when Xi had visited India for the second India-China informal summit. Modi’s last post was a new year greeting to the Chinese people in January this year.