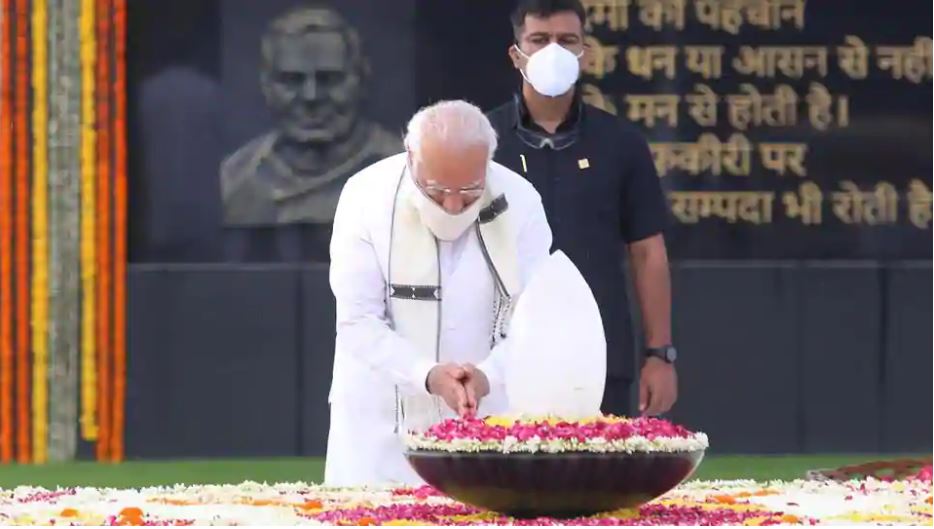 Prime Minister Narendra Modi will dedicate an expressway built in Madhya Pradesh after late former PM Atal Bihari Vajpayee, the Indian Council for Cultural Relations (ICCR) organized a special event in his honour and top leaders paid tributes to the memory of Vajpayee on his second death anniversary on Sunday.

President Ram Nath Kovind, vice president M Venkaiah Naidu and Prime Minister Narendra Modi were among several dignitaries who paid tribute to Vajpayee . They were joined by several Union ministers and other leaders at Sadaiv Atal, the memorial to Vajpayee in the national capital.

President Ram Nath Kovind inaugurated a portrait of Vajpayee at the ICCR and described him as a “widely accepted” leader. Vajpayee served as the ex-officio president of the ICCR from March 1977 to August 1979 when he was the foreign minister.

Home minister Amit Shah said the country for the first time saw “good governance” being implemented across the nation under Vajpayee, who was the first non-Congress politician to serve a full term as prime minister.

Meanwhile, Madhya Pradesh chief minister Shivraj Singh Chouhan announced that the proposed 300-km long expressway, named Chambal Progress Way, would be named after Vajpayee. Chouhan, after paying tributes to Vajpayee on his second death anniversary at the state BJP headquarters, also announced that a statue of the former PM would be installed in Bhopal.

The six-lane Chambal Progress Way, which is proposed to be developed at a cost of about Rs 6,000 crore, will connect the boundaries of Rajasthan and Uttar Pradesh through Sheopur, Morena and Bhind districts of Madhya Pradesh.