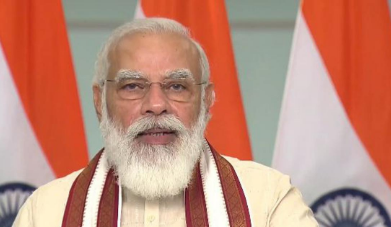 PM Modi remembered his contribution to the fight for freedom and for leading the mass movement when “our democratic ethos was under attack.”

The PM Modi also remembered JP’s ardent follower and social activist Nanaji Deshmukh’s contribution to the country on the occasion of his 104th birth anniversary.

“I bow to Loknayak JP on his Jayanti. He valiantly fought for India’s freedom and when our democratic ethos was under attack, he led a strong mass movement to protect it. For him, there was nothing above national interest and people’s welfare,” PM Modi’s tweet read.

The ‘Lok Nayak’ was one of the prominent faces of the Quit India Movement and he is remembered for leading the mid-1970s opposition against Prime Minister Indira Gandhi, for whose overthrow he had called for a “total revolution”.

The Janata Party was voted into power and became the first non-Congress party to form a government at the Centre under his guidance.

He was posthumously awarded India’s highest civilian award, the Bharat Ratna, in 1999.

The Prime Minister, in a subsequent tweet, said that Nanaji Deshmukh’s work in the field of rural development was a source of motivation for him.

“The great Nanaji Deshmukh was one of Loknayak JP’s most devout followers. He worked tirelessly to popularise JP’s thoughts and ideals. His own work towards rural development motivates us. Remembering Bharat Ratna Nanaji Deshmukh on his Jayanti,” he said.