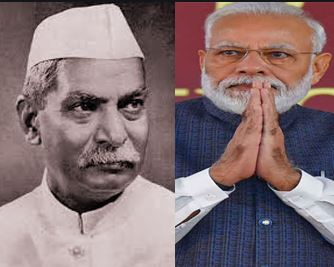 Prime Minister Narendra Modi has paid tributes to the first President of India, Dr. Rajendra Prasad, on his Jayanti.

“My sincere tribute to former President Bharat Ratna Dr. Rajendra Prasad on his birth anniversary. He played an incomparable role in the freedom struggle and constitution-making. His life, based on the principle of the simple life and high thought, will always inspire the countrymen”, the Prime Minister said.

When our Republic came into force on January 26, 1950, he was conferred with this post. In the first government formed after independence, Dr. Rajendra Prasad was given the job of Food and Agriculture Department as a cabinet minister in Pandit Jawaharlal Nehru’s government. He was appointed as the Speaker for the framing of the Constitution in the Constituent Assembly of India.