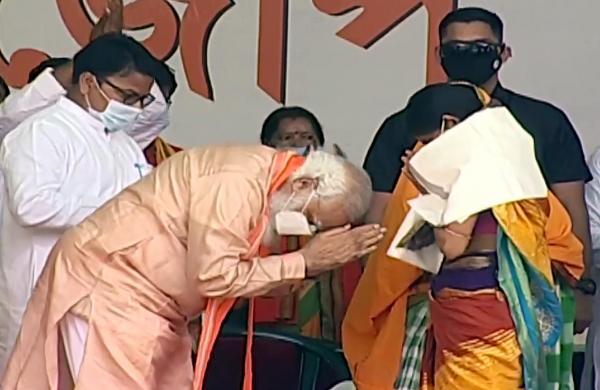 By ANI
PURULIA: Prime Minister Narendra Modi on Thursday met the kin of Bharatiya Janata Party workers who were killed in several violent incidents that took place in West Bengal.

The Prime Minister was addressing a political rally in West Bengal’s Purulia ahead of the state assembly elections.

PM Modi during the rally accused the Mamata Banerjee-led Trinamool Congress government of crime, violence and corruption, questioned her governance and assured the people of the poll-bound state of West Bengal that rule of law will be re-established in the state as soon as the BJP government is elected to power.