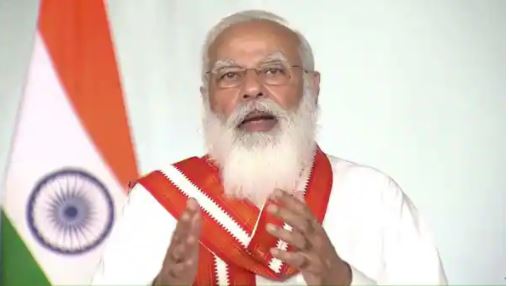 “Before the arrival of the monsoon, the work of cleaning tanks, ponds and wells has to be done, if soil has to be removed, then that work should be done and their capacity for water collection should be increased by not having any obstructions in the flow of rainwater,” Modi said in a video conference with various village representatives.

The campaign comes on the back of severe water crises not just in rural areas but also some urban and metropolitan areas of India, most prominently in Chennai.

Modi also oversaw the signing of a memorandum of agreement between Union water resources minister Gajendra Singh Shekhawat and chief ministers of Madhya Pradesh and Uttar Pradesh, Shivraj Singh Chouhan and Yogi Adityanath respectively, to implement the Ken Betwa Link Project (KBLP), through which two tributaries of Yamuna river—Ken and Betwa—will be linked through a canal and water from the Ken river will be transferred to the Betwa river.

KBLP is the first project of the National Perspective Plan for interlinking of rivers, which was a plan formulated in 1980 envisaging inter basin water transfer in the country.