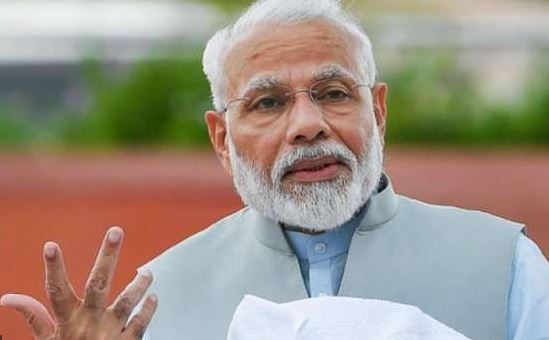 Ajay Dake, a sixth standard student from Maharashtra has become the toast of his school as Prime Minister Narendra Modi lauded his “exceptional art talent” after receiving his sketch from him.

Ajay, a student of the Bal Vidya Mandir High School in Parbhani, around 500 km from the state capital Mumbai, made a sketch of the prime minister and sent it to him, not expecting that he would receive a reply.

He was in for a pleasant surprise when he received a letter from Modi, in which the PM lauded his “exceptional art talent”.

Ajay sent a sketch of Prime Minister Narendra Modi along with his letter. To his surprise, he received a reply and his happiness knew no bounds.

In his letter, Modi admired Ajays exceptional art talent and wrote, “the magical art of painting realises most ethereal dreams on canvas.” “Your ideas about the country that you have expressed in your letter illustrate the beauty of your thoughts,” Modi added in the letter. He encouraged Ajay that he should utilise his creativity for the betterment of the society.

“I hope you would use your skill to bring awareness about relevant issues among your friends and in the society,” the PM wrote, ending his letter with his blessings and good wishes for the student.

In his letter to Modi, Ajay had written about his love for painting, saying painting is his world and a method of expression. He had also expressed his wish to become a responsible citizen and serve the country.

“Prime Minister Narendra Modi is quite popular among the school students. Through his Mann Ki Baat Programme, he often interacts with the students on relevant topics like exams, studies and scientific temper.

“In order to express gratitude and affection for their beloved Prime Minister, students also write letters and emails to him,” an official release said.