PM Modi in Bundelkhand on Friday, to lay foundations of projects worth Rs 6,250 crore

2022 UP assembly elections, 2022 UP polls, Bundelkhand, PM Modi, UP development 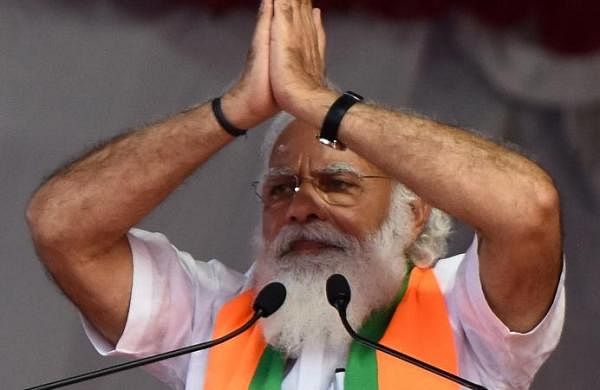 LUCKNOW:  has turned his focus to Uttar Pradesh ahead of the 2022 assembly polls. On Friday, the PM will land in Bundelkhand to launch welfare projects worth Rs 6,250 crore.

After inaugurating the 341-km Purvanchal Expressway in Sultanpur, Prime Minister Narendra Modi on Friday will lay the foundation of the Rs 400-crore UP Defence Industrial Corridor (UPDIC) project in the Jhansi node in the presence of all three armed forces service chiefs.

Executed by Bharat Dynamics Ltd, a plant to produce propulsion systems for Anti-Tank Guided Missiles would be set up under the project in the Jhansi node of UPDIC. Moreover, giving a push to the ethos of ‘Atma Nirbhar Bharat’ in the defence sector, the PM will formally hand over indigenously designed and developed equipment to armed forces service chiefs,” a statement from the PMO said.

Around 5 pm, PM Modi will dedicate multiple initiatives of the defence sector at ‘Rashtra Raksha Samparpan Parv’, which was flagged off by Defence Minister Rajnath Singh on Wednesday as part of ‘Azadi Ka Amrit Mahotsav’ celebrations.

Modi will also lay the foundation of the 600 megawatts (MW) ultra-mega solar power park and the Atal Ekta Park in Jhansi. The park has been built at a cost of more than Rs 11 crore and is also spread across an area of about 40,000 square meters. The park will also house a library, as well as a statue of the BJP stalwart and former PM, built by the renownedsculptor Ram Sutar, the man who built the Statue of Unity.

The PM will also launch the NCC alumni association to provide a formal platform to enable NCC alumni to reconnect with NCC. A former NCC cadet, Modi will be enrolled as the first member of the association, which is touted to assist in “nation-building”. At the same time, Modi will flag off the national programme of simulation training for NCC cadets to scale up simulation training facilities for all three wings of NCC.

In addition, the Prime Minister will also make a visit to the district of Mahoba. There, he will inaugurate multiple projects, including the Arjun Sahayak Project, Ratauli Weir Project, Bhaoni Dam Project, and the Majhgaon–Chilli Sprinkler Project.

The cumulative cost of these projects is more than Rs 3,250 crore and their operationalisation will help in the irrigation of around 6,500 hectares of land – in the districts of Mahoba, Hamirpur, Banda, and Lalitpur – benefitting lakhs of farmers in the area. These projects are also expected to deliver drinking water for the entire region.

During the 2019 Lok Sabha Elections, the BJP had got a thumping victory after blowing the poll bugle from Mahoba. There are 19 assembly seats in the Bundelkhand region and the BJP had won all the seats in the last assembly elections.