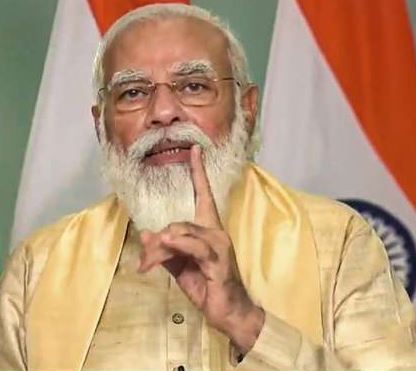 The meeting of representatives of the Shanghai Cooperation Organization (SCO) governments will be chaired by Vice President M Venkaiah Naidu. Prime Ministers of India and Pakistan, Narendra Modi and Imran Khan will not attend this virtual meeting.

Pakistan’s participation in the meeting is at the lowest level. Pakistan will be represented by Parliament Secretary Andlib Abbas for its foreign issues. The Prime Ministers of these countries will represent Russia, China, Kazakhstan, Kyrgyzstan, Tajikistan, and Uzbekistan. Prime Minister Modi, Imran Khan and Chinese President Xi Jinping attended the SCO’s virtual summit earlier this month. It was chaired by Russia.

On the condition of not telling his name, the people associated with this meeting said that the Council of the Head of State has participation at the level of the Foreign Minister of India. Last year, Defense Minister Rajnath Singh made his presence known in Uzbekistan. Since India is hosting this meeting this year, the Vice President will preside over it.

Although Pakistan Prime Minister Imran Khan has participated in virtual meetings organized by other countries, but did not attend the South Asian Association for Regional Cooperation (SAARC) meeting in March. The topic of this meeting was related to how to deal with the corona virus. Significantly, in that meeting, the representative of Pakistan had tried to distract Matting from the issue by raising the issue of Kashmir.