PM Modi has made his choice | HT Editorial 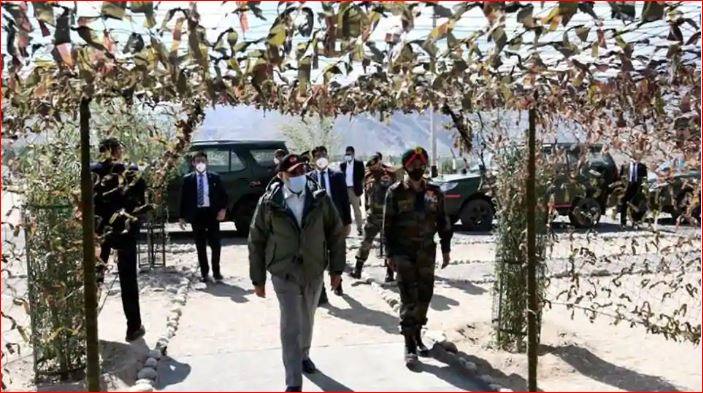 On Friday morning, Prime Minister (PM) Narendra Modi shaped India’s future foreign policy and security doctrine for years to come. First, by making an unscheduled, surprise visit to Ladakh at a time when the border stand-off with China, because of Chinese aggression, continues, he sent out a symbolic and political message, both within and outside the country, that India will stand up to defend its territorial integrity, in all circumstances.

But, more importantly, while speaking to soldiers in the frontlines, PM Modi sent out a clear and unambiguous substantive message to China that India, and the rest of the world, will challenge its “expansionism”. By suggesting that either expansionists lose or are forced to mend their ways, the PM was telling China that the era of patience with its predatory tactics is over. By mentioning that India seeks peace — but peace comes from strength and India has done and will do what it takes to build its strength — the PM was telling China not to think that its assessment of the asymmetry of power between the two countries will make India retreat in the face of aggression. By repeatedly highlighting the bravery of soldiers and honouring them, the PM was preparing the Indian armed forces, as well as the rest of the country, for the challenges that may lie ahead. And by acknowledging Ladakh as India’s pride, the people of Ladakh as patriots, and the sites of Ladakh as having witnessed Indian bravery, he was laying an unequivocal claim to the region — all of it — as Indian territory, which is not up for negotiation.

In the face of Chinese attempts to change the status quo at the Line of Actual Control, and the lack of substantive movement through negotiations at the military and diplomatic level, India had a choice. One option was to underplay the incursions, keep the issue in cold freeze, and slowly normalise the India-China relationship. The other option was to recognise the threat, decide to take on the adversary irrespective of potential costs, and reframe the entire framework of the relationship to impose costs on China. PM Modi has made his choice by picking the second option. It is now up to China to decide whether it wants to risk an escalatory spiral at the border and beyond at this juncture, or whether it is willing to restore the status quo and make peace. PM Modi has made it clear that while India hopes for the latter, it is prepared for the former.