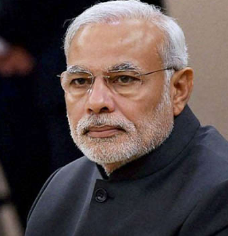 Prime Minister Modi has so far donated his salary and all the money he has received from the auction of the gifts and insignia he has received. At the same time, the first donation was made by PM Narendra Modi for the PM Cares Fund to fight Corona.

The first donation of Rs 2.25 lakh has been shown in the audited account of this fund. The donor is not named in this. Sources said that when the PM Cares Fund was created, Prime Minister Modi started it by giving a donation of two and a half lakh rupees. It was the effect of PM Modi’s appeal that by March 31, 2020, 31 billion rupees had been deposited in the PM Cares Fund and the process of giving money in the construction of ventilators to Kovid hospitals had started all over the country.

PM Modi’s history in the matter of giving donations is old. He started a tradition under which he continued to donate his own money for the public interest. This public interest work was related to girl education, Namami Gange to charity for the exploited and deprived society. Since starting this work as Chief Minister, till now Prime Minister Modi has donated 103 crores of his savings.