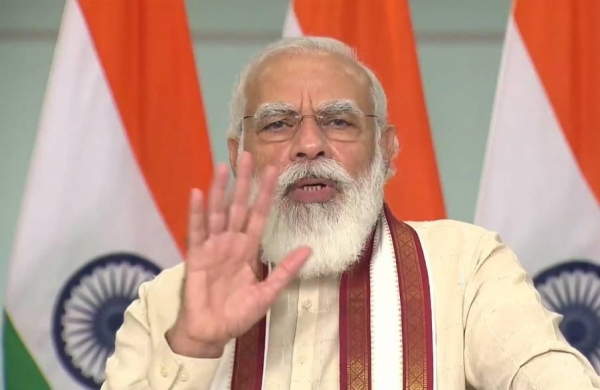 Express News Service
NEW DELHI: The issue of Covid-19 vaccine wastage by several states above permissible limits figured prominently in a meeting between Prime Minister Narendra Modi and Chief Ministers on Wednesday in which the PM asked the states to take the matter seriously.

While 6.5% of vaccine doses are getting wasted in the country on average, there are 3 states where this percentage is near 10 or above with Telangana wasting more than 17 % of all vaccine doses.

The states, said the PM, needed to immediately correct the drawbacks of planning and governance at the local level to reduce vaccine wastage.

“It should be reviewed in states that why is the vaccine wastage happening? Monitoring must be done every evening and pro-active people should be contacted so that there’s no wastage,” he stressed.

In a press briefing later in the day, Union health secretary Rajesh Bhushan shared details that showed that there are five states where the vaccine wastage percentage is more than the national average.

ALSO READ | Will have to stop second peak of coronavirus immediately: PM Modi in meeting with CMs

Talking to this newspaper, sources in the health ministry meanwhile explained that the wastage is happening more in the case of Covaxin, as compared to Covishield.

“There are two reasons for that, one–there is a higher number of doses per vial in case of Covaxin and as all doses have to be administered within four hours of a vial being opened that naturally means that doses which are not used within those hours get wasted,” said an official.

“Secondly, before the efficacy data for Covaxin was announced, fewer people were turning up at centers administering this vaccine s resulting in vaccine wastage,” said an official.

Another official confirmed that across states, more wastage is being seen in the case of Covaxin as each of its vial contains 20 doses, unlike Covishield vials that have 10 doses each.

Meanwhile, the authorities at the Centre also dismissed claims by some states that sufficient Covid-19 doses are not being supplied.

“Since the beginning of the vaccination drive, 7.54 crore doses have been sent to the states while half of it has been administered so far, so these allegations are baseless,” said Bhushan, in response to a query on the statement by West Bengal CM Mamata Banerjee. Banerjee had said that the vaccine supply from the Centre has been “inadequate”.