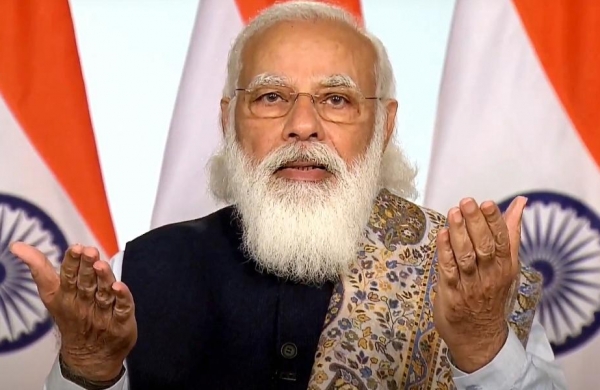 By PTI
NEW DELHI: Prime Minister Narendra Modi on Tuesday expressed concern over increasing violence in Afghanistan and called for a comprehensive ceasefire for ending the hostilities while assuring India’s full support in the development journey of the war-ravaged country.

In a virtual meeting with Afghan President Ashraf Ghani, Modi said as close neighbours and strong strategic partners, both India and Afghanistan want to see the region free of extremism and terrorism.

The prime minister also said no “outside force” will be able to stop Afghanistan’s journey towards development as well as its friendship with India.

Referring to the Afghan peace process, he said unity within the country was important and hoped that a “united Afghanistan” will be capable of dealing with any challenge facing it.

“We are concerned over increasing violence in Afghanistan. We support a comprehensive ceasefire in the country,” the prime minister said.

The online meeting was held to finalise an agreement under which India will construct a dam in Kabul river basin to supply water to the Afghan capital city.

In his remarks, Ghani said India’s development assistance to Afghanistan is iconically marked on the country’s landscape.

India has been a major stakeholder in the peace and stability of Afghanistan and it has already invested USD two billion in aid and reconstruction activities in the war-ravaged country.

In November last, India announced a new package of over 100 high impact community projects worth USD 80 million for Afghanistan at a global conference on Afghanistan.

The Shahtoot Dam in Kabul is part of the new developmental package.

The agreement was signed by foreign ministers of the two countries.