PM Modi congratulates CM Jagan on his birthday, says- I wish for a healthy life 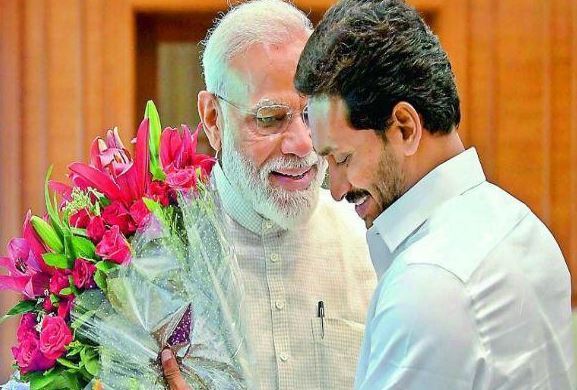 Today is the birthday of YSR Congress Party President and CM of Andhra Pradesh YS Jaganmohan Reddy. It has been 48 years. On this occasion, Prime Minister Narendra Modi has congratulated him on his birthday. He tweeted and congratulated him. PM wrote, “Happy birthday to Andhra Pradesh Chief Minister YS Jagan Garu. I pray to God for his good health and long standing. “

After the untimely demise of his father, he did not get the desired attention in the Congress, after which he withdrew from the Congress. In 2011, they split due to differences with the Congress. This year he formed his own separate party. The YSR Congress Party came to power in the state in 2019 under the leadership of Jaganmohan Reddy.