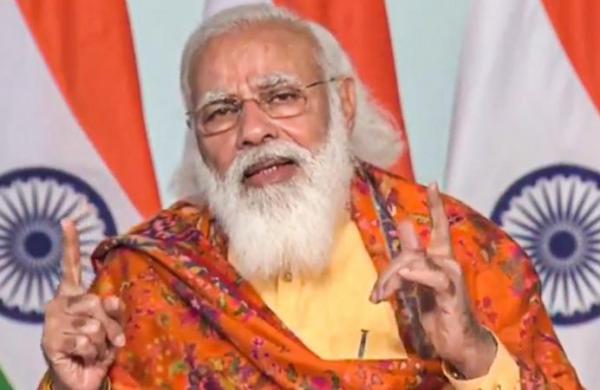 By PTI
NEW DELHI: Prime Minister Narendra Modi on Tuesday blasted dynastic politics as the “biggest enemy” of democracy and said it gives rise to a new form of “dictatorship” and burdens the country with “incompetence”.

Addressing the valedictory function of the second National Youth Parliament Festival, Modi launched an all out attack on dynastic parties, saying those who rise due to their dynasties have no respect and fear of law as they believe if their previous generations were not accounted for corruption, none can touch them as well.

“They see such examples in their own families. So they have neither respect nor fear of law,” he said, asking youngsters to join politics as this is “necessary” to save it.

Though he did not name any party but he has in the past often hit out at opposition parties, including the Congress, for being run by families.

He said, “It is true that (in politics) the fortunes of those who have been winning elections on the basis of surnames are dwindling. But in politics, this disease of dynastic politics is not completely finished.”

They, he said in a reference to these dynasties, are also a very big reason behind political and social corruption in the country.

Though people have now been supporting honesty and performance, and the legacy of “corruption” of those in dynastic politics have become a burden for them, but the “disease of dynastic politics” has not been fully eradicated, the prime minister said.

“There are still people whose conduct, ideas and goals are all aimed at saving their family politics and their families in politics. Dynastic politics gives rise to a new form of dictatorship in democracy and burdens the country with incompetence. Dynastic politics only strengthens the sentiment of ”me and my family” instead of ”nation first”,” he said.

Modi, however, added that things have changed from a time when people associated politics with “violence, corruption and loot” and thought it cannot change. A youngster joining politics was seen as someone who has gone astray, he said.

People are now so aware that they stand with honest people in politics and give them a chance, he said, asserting that honesty and performance have become “first essential requirements of today”s politics”.

This has happened due to pressure created by the awareness in the country, he said, before noting that some changes are still required and highlighting dynastic politics as the “biggest enemy” of democracy.

“The biggest enemy of democracy still exists and that is dynastic politics. Dynastic politics is such a challenge before the country that has to be rooted out,” he said.

Exhorting youngsters to join politics in his virtual address, the prime minister said the “poison of dynastic politics” will continue to weaken democracy unless they enter it.

The nation”s politics like any other sector needs them and their new thoughts, energy, ideas and dreams a lot, he said.

Referring to dynastic politics, he said this can be changed through awareness and the young generation joining politics.

His government has been organising and promoting youth-related events, including holding mock parliament, to prepare the young generation in this regard, Modi said.

The speeches of three national winners of the festival were also broadcast during the event in the central hall of Parliament.

Lauding them, Modi said he would tweet links to their speech and also those of other participants in the final round.

In his address, he also paid rich tributes to Swami Vivekananda, whose birth anniversary fell on Tuesday, and said his ideals have inspired people, including during the freedom struggle, of every generation and asked youngster to follow them.

Vivekananda”s views on nationalism and nation-building and his teaching regarding serving the people and serving the world continue to inspire us, he said.