PM likely to visit UAE by first half of next month 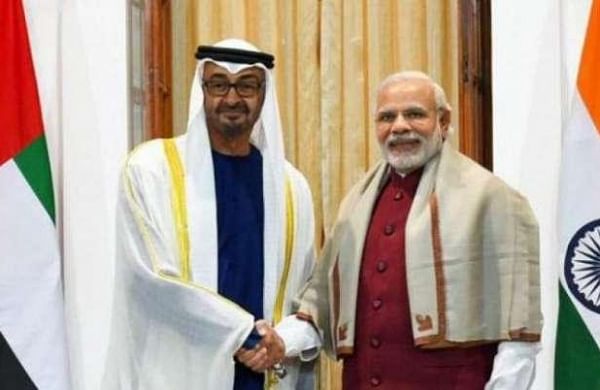 NEW DELHI: Prime Minister Narendra Modi is likely to visit the United Arab Emirates (UAE) in the first half of next month which would be his first trip abroad in 2022, people familiar with the development said on Monday.

Both sides are looking at firming up the visit around January 6 but there is no finality on the dates yet, they said.

The prime minister’s proposed visit to the strategically important Gulf nation comes as the two countries look at celebrating 50 years of their diplomatic ties.

Modi is also expected to visit the ongoing Dubai Expo during the visit.

Both India and the UAE have been holding talks to firm up a comprehensive free trade agreement to further boost economic ties and there is a possibility of forwarding movement on it during the visit.

In reflection of their growing strategic ties, India and the UAE recently became part of a new four-nation grouping that is expected to be focusing on issues relating to trade and investment. The other two members are the US and Israel.

The ties between the two countries witnessed a major upswing following Modi’s visit to the UAE in 2015 as it marked the beginning of a new phase in partnership.

Sheikh Mohamed bin Zayed Al Nahyan, the Crown Prince of Abu Dhabi and Deputy Supreme Commander of UAE Armed Forces, visited India in 2016. He again visited India in January 2017 as the chief guest at the Republic day celebrations. It was during this visit that the bilateral relations were upgraded to a ‘Comprehensive Strategic Partnership’.

Prime Minister Modi visited UAE again in February 2018 for the 6th World Government Summit in Dubai, where India was the guest of honour. He visited the UAE again in August 2019 to receive the UAE’s highest civilian award, ‘the Order of Zayed’.

The UAE is home to over 3.3 million Indians who have been playing a key role in overall cultural and people-to-people ties between the two sides.

The bilateral defence and strategic ties between the two countries have also witnessed steady expansion.

In December last year, Chief of Army Staff Gen MM Naravane travelled to the UAE and it was the first-ever visit by a head of the Indian Army to the Gulf nation.

In July, then Chief of Air Staff Air Chief Marshal RKS Bhadauria visited the UAE, in reflection of the growing strategic ties.