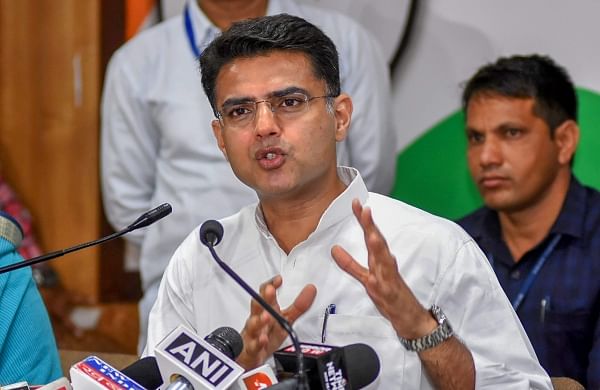 The Congress leader said it is only his party that can replace the BJP at the national level as he slammed the BJP-led Union government for failing to check inflation.

“Be it petrol, diesel, LPG gas or food items, prices are skyrocketing but the central government has failed to contain inflation. We have tried to provide relief to people in the state but the Centre has no interest in curbing inflation,” Pilot told reporters in Tonk, his Assembly constituency.

He said BJP leaders indulge in politics of religion and caste, and the public has realised this.

BJP leaders are concerned and fear that the party may lose elections in Uttar Pradesh due to which the prime minister is frequently visiting the poll-bound state, he said.

“It is the Congress Party that can replace the BJP at the national level. The public will stand with the Congress in the Assembly elections in five states,” he added.

Responding to a question on the demand of regularisation of jobs by contractual employees, he said the state government will do whatever possible in this regard.

Off the ground: An ‘Olympics’ with a traditional twist in Chhattisgarh