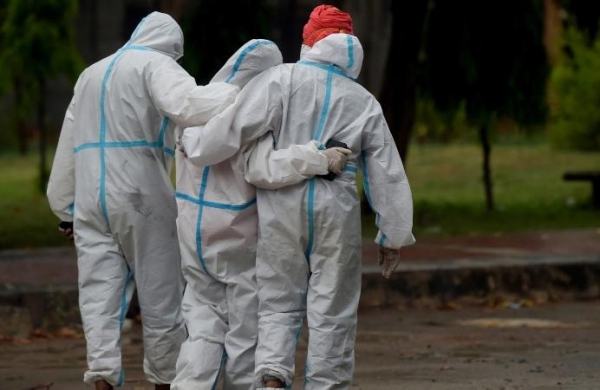 By PTI
NEW DELHI: A plea has been filed in the Supreme Court seeking directions to the Centre to set up an international task force of experts to find out the extent to which the new COVID-19 virus strain was responsible for the deaths in India from April to June this year.

The plea in the top court, filed by Mumbai-based Pankaj Phadnis, a researcher and a trustee of Abhinav Bharat Congress, has also sought directions that this international task force should report to the top court where did the delta variant originate from.

“A recent report coauthored by the former Chief Economic Advisor to the Government of India confirms the existence of a War like situation by suggesting that as many 3.9 million Indians have been killed in the last three months by the second wave of the pandemic.

The monumental tragedy is not yet over.

“We are all forced to live under serious restrictions waiting for the next attack, the third wave. The origin of the Wuhan virus that led to the pandemic of COVID-19 is subject matter of international investigation. Origins of the Delta variant of the Wuhan virus that seems to have killed 3.9 million Indians in less than three months; are today not known.

“This variant first found in India is now the dominant virus strain in the world bringing opprobrium upon India in the eyes of the world,” the plea said.

The petition also seeks a direction to the Union of India to scientifically keep track of any further mutation that may occur in future and not be caught unawares as it was when the Delta variant emerged.

The plea contends that these steps will go a long way (together with COVID appropriate behaviour and vaccination) in preventing further tragedy in the form of a third wave.