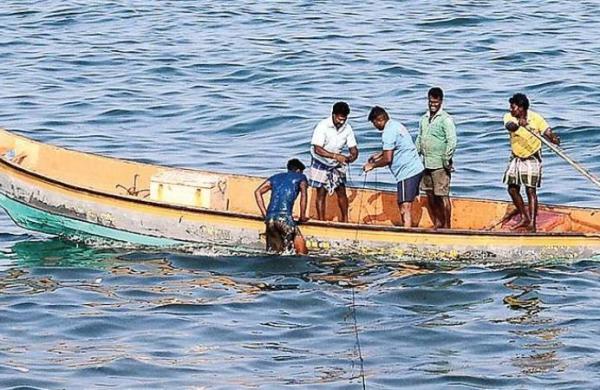 By PTI
NEW DELHI: A petition was Tuesday filed in the Supreme Court seeking a direction to the Centre and others to arrest Sri Lankan Navy personnel who are accused of killing four Tamil Nadu fishermen within Indian waters last month.

Citing information from fishermen that four of their community “died due to an attack” by the Sri Lankan Navy, Tamil Nadu Chief Minister K Palaniswami had on January 21 condemned the island nation maritime force for such acts shattering their livelihood.

The plea filed in the apex court has also sought a direction to the authorities to take steps to protect Tamil Nadu’s fishermen and their properties from Sri Lankan Navy and to avoid such incidents in future.

The petition, filed by Tamil Nadu-based organisation ‘Kadalsar Makkal Nala Sangamam’, has sought direction to the authorities to get compensation of Rs five crores each to the family members of four victims from the Sri Lankan government.

It said that four fishermen, who had set out for fishing from Pudukottai district on January 18, had not returned and later information was received through other fishermen that they had allegedly died due to attack by the Sri Lankan Navy.

“Three days after, Sri Lanka said an Indian fishing boat sank in its waters following a ‘collision’ with its Navy vessel,” the plea said, alleging that the incident has again brought into focus the tussle over marine resources, fishing rights and maritime boundary.

The plea, drawn by advocate CR Jaya Sukin, has also referred to the case related to two Italian marines, who were accused of killing two Indian fishermen off the Kerala coast.

In February 2012, India had accused two Italian marines, Salvatore Girone and Massimiliano Latorre, on board the MV Enrica Lexie — an Italian flagged oil tanker — of killing two Indian fishermen who were on a fishing vessel in India’s Exclusive Economic Zone (EEZ).

In July last year, the Centre had moved the top court seeking closure of judicial proceedings here against the two Italian marines.