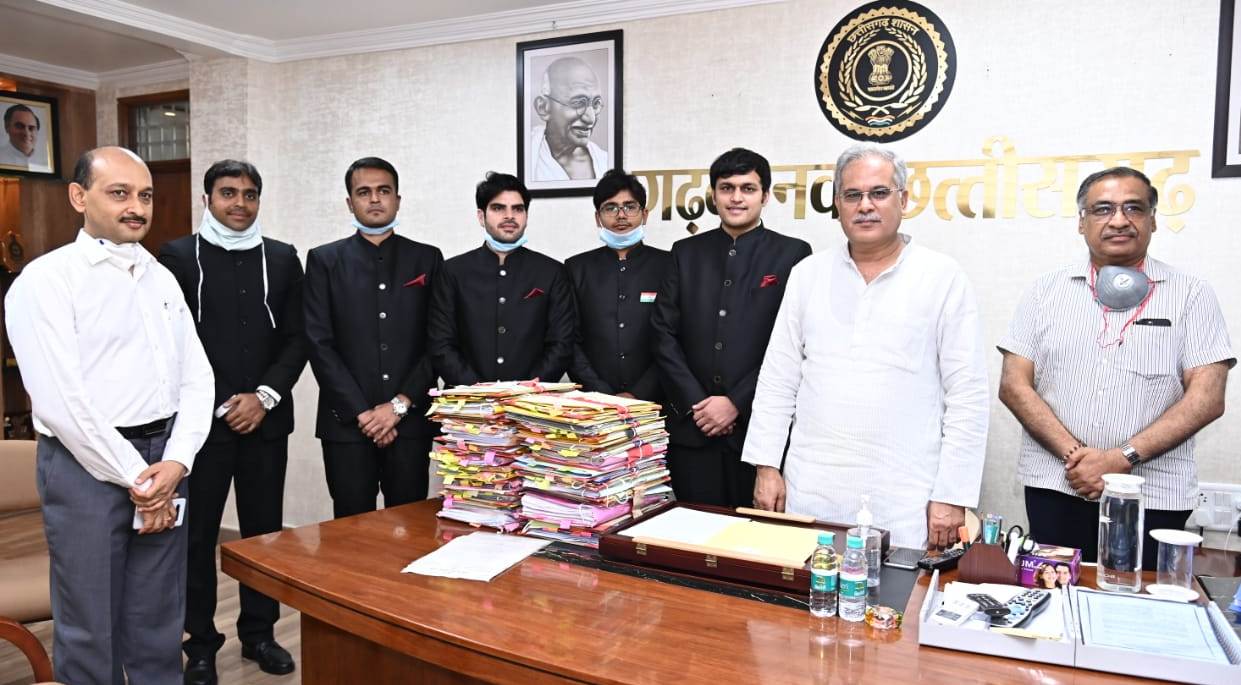 Four trainee officers of All India Forest Service-2018 batch led by Principal Chief Conservator of Forests Shri Rakesh Chaturvedi met courtesy Chief Minister Shri Bhupesh Baghel at his residence office here today. Chief Minister Mr. Baghel congratulated and congratulated him on getting an opportunity to serve in the state of Vananchal and tribal dominated Chhattisgarh after selection in the Indian Forest Service. Additional Chief Secretary to Chief Minister Mr. Subrata Sahu was also present on the occasion.
Chief Minister Mr. Baghel said that about 44 percent of the land area of ​​Chhattisgarh is covered by forests. Also, about one-third tribal people are living in the state. The livelihood of these tribal families and other rural forest dwellers is mainly based on forests. The Chief Minister asked the trainee officers that keeping this in mind, they should play an important role in making the lives of rural forest families in the state financially prosperous. He said that tendu leaves and forest produce are collected by tribals and forest dwellers in Chhattisgarh.
The Chief Minister said that Chhattisgarh occupies a prominent position in tendu leaf production in the entire country. The quality of the leaves here is of high quality. Tendupatta collection work provides employment to about 13 lakh families. Apart from this, through the collection work of many medicines and minor forest produce, tribal and forest dwellers in large numbers get additional benefits of employment as well as income. This year 25 minor forest produce are being procured by the state government at the support price. This gives forest dwellers a fair price for their hard work in collecting forest produce.
The Chief Minister told the trainee IFS officers that the Forest Service is the medium to serve the forest dwellers. All officers should go to the forest areas and study socio-economic problems. Take a closer look at their problems. Take innovative initiatives to improve the standard of living of rural tribal families living in Vananchal. On the occasion, Deputy Conservator of Forests Shri Pankaj Rajput and trainee officers, Shri Alok Kumar Vajpayee, Shri Shashi Kumar, Mr. Tejas Shekhar and Mr. Dinesh Kumar Patel were present.