Plan:Lord Rama installed Shivling in Chhattisgarh before Rameswaram, the government will decorate it 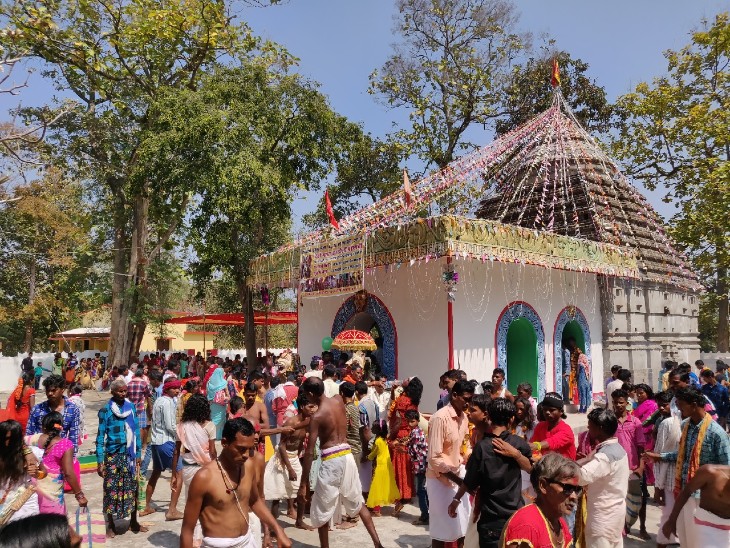 The way Lord Rama had installed the Shiva lingam in Rameshwaram before he traveled to Lanka and worshiped in the same way, before entering South India from north to south, he also worshiped a shivling at a place called Rampal in Chhattisgarh. Rampal is in Bastar district. The Shiva lingam established by Lord Rama is still present here. The state government has now decided to groom it. Before entering South India in search of mother Sita, Lord Rama worshiped Bhumi Devi in ​​Ramaram of Sukma district after Rampal. The government has now included plans for beautification and development by including both places in its new tourism circuit. The state’s new tourism circuit, with all the state-of-the-art facilities including good roads, will connect the places from which Shri Ram had either passed during his exile, Or they had migrated. In the state, 75 places falling on the path of Shri Ram’s forest have been identified. In these, 9 locations have been selected in the first phase from Korea in the north to Ramaram of Sukma in the south. The Bhupesh Baghel government is going to spend Rs 137 crore 45 lakh for the development and beautification of these places. The distance of Rampal, a Shivling place established by Lord Rama, is 10 km from Jagdalpur. This Shivalinga has been confirmed by the scholars and research institutes of the Ramayana period. Ramaram of Sukma district is located near the border of Chhattisgarh, from where the borders of Andhra Pradesh and Telangana are close.