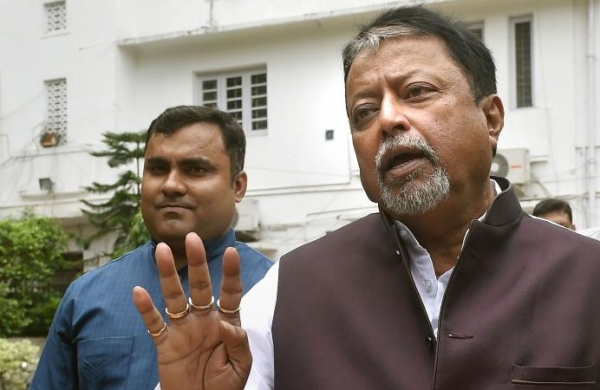 By PTI
KOLKATA: A PIL seeking removal of MLA Mukul Roy from the post of Public Accounts Committee (PAC) chairperson in the West Bengal Assembly was moved before the Calcutta High Court on Friday, which the state government opposed contending that the matter is in the domain of the speaker.

The petitioner, BJP MLA Ambika Roy, claimed that the post of PAC chairman traditionally goes to an opposition member, but since Mukul Roy has joined the ruling Trinamool Congress after being elected on a saffron party ticket, he should be removed from the post.

Appearing for the state, Advocate General Kishore Dutta opposed the prayer submitting that the speaker has the sole authority in the Assembly and it is for him to decide who was eligible for the post.

Claiming that a court cannot interfere in the decisions of a speaker when it comes to business of the House, as per Article 212 of the Constitution, Dutta argued that the PIL was not maintainable and should be dismissed.

A division bench comprising Acting Chief Justice Rajesh Bindal and Justice R Bharadwaj directed the petitioner to submit a short note stating why this PIL is maintainable before the court by August 4. The state will be at liberty to file its reply to it thereafter, and the case will be listed for hearing on August 10, the bench said.