Photos of proposed model of 161 feet high Ram temple released, Shikhar will be seen from every corner of Ayodhya 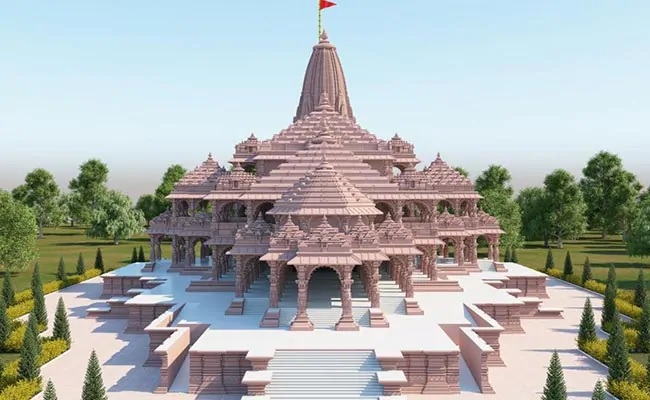 Tomorrow in Ayodhya, Prime Minister Narendra Modi will do Bhoomi Pujan of Lord Ram’s temple. Earlier on Tuesday, pictures of the model of Ram temple have been revealed. The 161-feet-high Ram temple has five mandaps and a main shikhara. It is claimed that this temple will be seen from every corner of Ayodhya. The Ram temple was modeled in the year 1989. In which Sriram Janmabhoomi Teerth Kshetra Trust has made a change. This temple will be ready in three and a half years.

Nikhil Sompura, son of Somapura, the chief architect who designed the Ram temple, said that the temple would have 67 acres of land. But, the temple will be built in 2 acres only. The temple complex will be expanded on the remaining 65 acres.

According to an estimate, one lakh Ram devotees will be able to reach the temple in a day. Keeping this in mind, the model of the temple has been changed.

The first temple was to have two domes. It has been reduced to five without changing the original model. The soil was tested 200 feet below the sanctum sanctorum. The place where the platform of the base of the temple will be extended till the soil is weakened to bear the weight (weight) of the temple.

The temple will have five domes built above the Sinhdwar, Rang Mandap, dance hall, puja room and sanctum sanctorum. After shilpujan, the work of digging the foundation by installing machines will begin. Marble will be installed in the floor of the temple. The temple will stand at approximately 318 pillars.

The requirement of about 1.75 lakh cubic feet of stone was stated in the construction of the entire temple. The stone carvings have been carved for the temple at Karsevakapuram, which will make a one-storey building. The remaining two-storey buildings will be carved with stone. It may take three to four months to prepare the foundation platform of the temple.