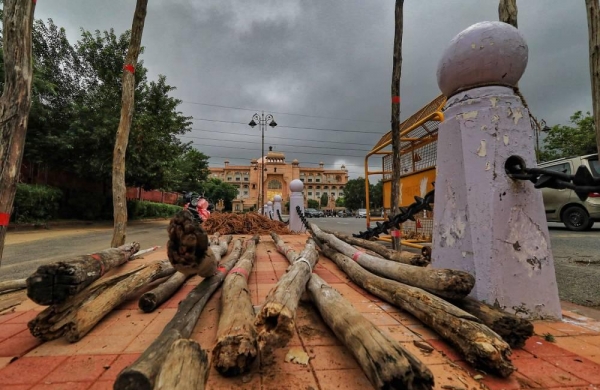 Express News Service
JAIPUR:  The phone tapping row led to a huge storm in the Rajasthan Assembly on Tuesday.

The opposition BJP disrupted the proceedings, causing repeated adjournments and a deadlock in the session.

The party has demanded a special discussion in the Assembly and wants a list of those whose phones were tapped last year. The Congress is in no mood to oblige.

The row erupted after the Ashok Gehlot government a few days ago accepted that phone tapping “happens in normal procedure in the interest of public safety and security”.

But the government had not given any details about it, though it clarified that phones of ministers and MLAs were not tapped last year.

The government’s reaction came on a query by BJP MLA Kalicharan Saraf who asked if it was true that phone tapping cases came up in the last few days.

He wanted to know under which law and on whose orders such tapping took place.

This confirmation on Saraf’s question asked during the House session of August 2020 was posted on the Assembly website.

During the question hour, leader of the Opposition Gulabchand Kataria accused the Congress of misusing government machinery to contain a rebellion inside the party by tapping phones of some leaders.

When the BJP’s adjournment motion was turned down by Speaker CP Joshi, BJP MLAs gathered near the Speakers’ podium and shouted slogans. In the commotion that followed, BJP MLA Madan Dilawar was singled out for his poor behaviour and was suspended for seven days from the Assembly.

The BJP MLAs held a dharna in the well of the House after Speaker C P Joshi rejected the adjournment motions.

Dilawar was suspended from the House for seven days for unruly behaviour after he interrupted an Independent legislator and had an argument with him.

In New Delhi, the BJP demanded a high level probe into the incidents.

“The Congress government is resorting to all means to stay in power. To save government, CM Gehlot is taking recourse to even tapping phones,” BJP spokesperson Rajyavardhan Rathore said while addressing the media.

Reacting to the ruckus, Gehlot in the evening accused the Opposition party of creating “unnecessary disturbance” and said he had already made a statement over the issue in the Assembly last year.

The BJP had on Monday demanded the resignation of Gehlot on moral grounds after his government said in a reply to a question in the state Assembly that it taps phones in the interest of public safety and order.

Though the reply of the government did not specify whose phones were tapped, the BJP linked it to the phone tapping controversy that erupted during the political crisis created by the rebellion of former deputy CM Sachin Pilot and 18 other Congress MLAs against the leadership of Gehlot last year.

The Speaker rejected the motions on the ground that there was no mention whose privacy was breached.

Joshi said in the adjournment motions, there was no name and specific details.

“There is no clarity about whose privacy has been breached. I have rejected the motions and there cannot be a debate on the ruling of the speaker,” he said.

The Speaker asked the BJP MLAs to give facts in support of their claim and said he will forward the facts to the government, who will give a reply today itself.

When the Speaker did not allow the BJP MLAs to speak, they created an uproar and stormed to the well of the House.

The House was adjourned four times today due to the uproar.

Meanwhile, BJP MLA Madan Dilawar was suspended from the Assembly after he approached and interrupted Independent MLA Sanyam Lodha, who was speaking on demands for grants for education, art and culture.

As Dilawar did not pay any heed to him, Joshi asked Parliamentary Affairs Minister Shanti Dhariwal to bring a proposal to suspend the legislator.

Dhariwal moved a proposal to suspend Dilawar from the proceedings of the House for seven days which was passed by voice vote.

BJP MLAs protesting in the Well of the House formed a human chain around Dilawar to stop him from being escorted out by marshals.

The Speaker then adjourned the House for 30 minutes.

It was the fourth adjournment of the day.

Reacting to the ruckus in the House, Rajasthan CM Ashok Gehlot in a Facebook post said he had already made a statement over the issue in the Assembly on August 14 last year.

He posted the transcript of his statement and his talks with the media on July 17 and 20.

He accused the BJP of creating “unnecessary” issues due to an “internal fighting” in the party.

It is an attempt to disturb the House unnecessarily, he commented.

In his address to the Assembly on August 14, Gehlot had denied the charge and had said there has never been a tradition of illegal phone tapping of MLAs or MPs in Rajasthan.