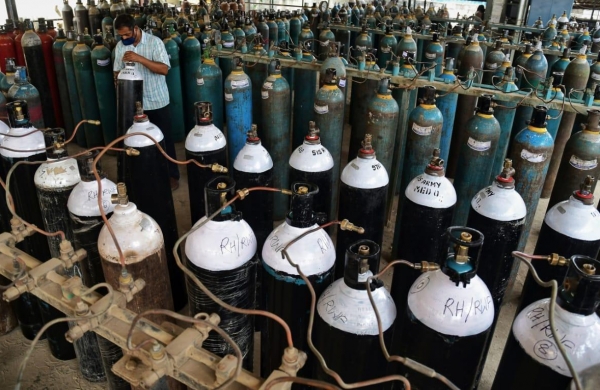 By PTI
MUZAFFARNAGAR: A petition was filed in a court here on Thursday with a prayer to order lodging of FIR against Union Health Minister Mansukh Mandviya for the “hurt” caused by the Centre’s assertion that no deaths took place because of oxygen shortage during the COVID-19 pandemic.

The petition was filed before the court of Chief Judicial Magistrate, Muzaffarpur, by local activist Tamanna Hashmi, a serial litigant who describes himself as a “social activist with social commitment”.

Hashmi, who has often been in the news for coming up with petitions against high-profile politicians, has also sought that Bharati Pravin Pawar, who is the Union minister of state for health and family welfare, be also be named in the FIR alongside her boss.

In reply to a question in the Rajya Sabha on Tuesday, Pawar who is a qualified doctor herself, said that no deaths due to lack of oxygen were “specifically reported” by states and union territories during the second Covid-19 wave that hit the country.

Hashmi has claimed that he was “hurt” as a result of the statement and invoked IPC sections 153 and 153 A (promoting enmity, with intention to cause riot) besides 295 and 295 A (insult to religious feelings).

The matter has been listed for hearing on July 28.